Informatica goes private – with Microsoft and Salesforce each taking a share 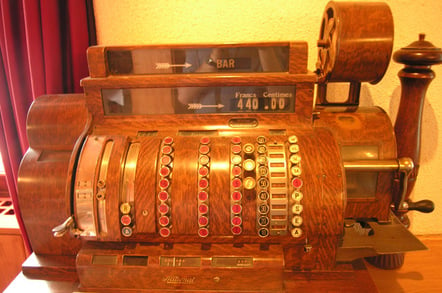 Investors received $48.75 in cash for each share of Informatica, which previously had traded on the Nasdaq exchange. The total value of the buyout is said to be around $5.3bn.

The deal was first announced in April and was seemingly orchestrated at the urging of activist investor Elliott Management, which owned around 9.4 per cent of Informatica's shares.

Private equity firm Primera Funds and Canada Pensions Plan Investment Board (CPPIB) ponied up most of the cash. How much Microsoft and Salesforce, which compete in the business software market, each contributed to the deal was not disclosed.

Informatica isn't the first tech company to take itself private in a bid to make itself more competitive. Perhaps the biggest such firm to do so was Dell, which agreed to sell itself to founder Michael Dell and Silver Lake Partners in October 2013 for an estimated $24.9bn.

"The Informatica goal remains to grow into a multi-billion dollar leader in all things data. Now as a private company, with a long view measured in years, not quarters, we will have more flexibility and more time to implement our transformative innovation roadmap and to evolve our business model," the company's chairman, Sohaib Abbasi, said in a statement.

Anil Chakravarthy, who had previously served as the company's chief product officer, assumes the role of acting CEO, effective immediately.

The company's board has also brought on Bruce Chizen, who has previously served as CEO of Adobe, as a board member and special advisor. ®

Joseph Sirosh has left the building