MS should be ‘ashamed of itself’ says El Reg reader 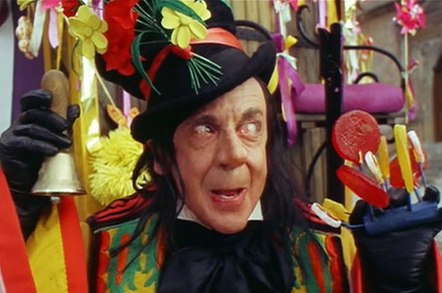 Come hither, kiddies: Could Windows 10 be exposing your kids to web nasties?

Are you a Windows 10 converts responsible for young computer users? Be on your guard. Child-friendly Family Features from Windows 7 and 8 won’t be recognised or accepted in the new operating system.

Adults must now create a completely new set of family settings through a long-winded procedure in Windows 10 that requires the child’s participation.

Microsoft had explained the new controls, here, but the details will be lost on many millions following Microsoft’s advice to run Windows 10 on existing PCs.

A Microsoft spokesperson pointed out you should receive – when you upgrade – a Check Family Safety tip with a link to how to create fresh settings.

But Reg reader Paul Dove, who conducted an experimental upgrade, has blasted Microsoft for putting children at risk with Windows 10. Dove also criticised Microsoft’s process for creating a new child’s account in the OS.

That process involves sending the child or children in your family in invitation via email that they must then accept. Dove, however, reckoned the savvy young user is able to turn off the new security settings in Windows 10.

He was able to change the new child account to a local account and effectively remove protections simply by clicking on the Windows 10 start button, then on the name at the top, and then on Change Account Settings.

“Microsoft should be ashamed of itself,” Dove told The Reg. “Not making sure that this was fixed before releasing Windows 10 it has put many children at risk."

"I might not have realised that after upgrading Windows 7 to Windows 10 the Family Safety needs to be re-done," he added.

These are: checking for previous use of Windows Live Family Safety and to automatically disable children's accounts until the Windows 10 machine has been properlty set up; scrapping the whole invitations process for set-up via a PC administrator; and offering a wizard that guides people through the set-up.

Defending Windows 10 and Microsoft, a spokesperson told us: “We will continue to roll out new Windows 10 Family features over time. We designed Windows 10 as a service, and we’ll keep listening to our customers. If there are ways to make improvements, we will do so.” ®