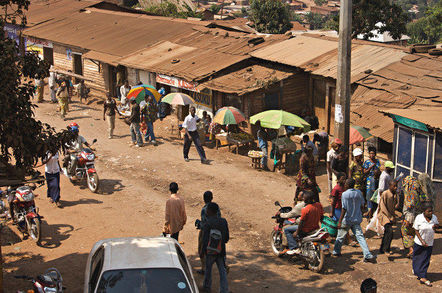 Worstall on Wednesday I have muttered around here more than a few times about the various idiocies of the Blood in the Mobile campaign. This was the idea that we could stop the appalling (and true) levels of violence in Eastern Congo's mining trade by making American companies fill out lots of documents.

The idea was that if they all had to say whether they used conflict minerals, they'd all prefer to be able to say “no” and therefore there wouldn't be the violence over the minerals trade that happens today.

We were told that this would cost some $10m originally, one cent on the price of each mobile phone. By the time the legislature got at it, the Securities and Exchange Commission (SEC) said it would cost $4bn in the first year alone.

I rather railed against this, insisting that there was a much easier, cheaper and simpler system available; one that the industry itself was already implementing.

I may even have got into a screaming match with the dimwit who is campaigning over at Global Witness for this all to be written into European Union law. Yea, verily unto the level that someone importing 50 knock-off Hello Kitty pencil sharpeners to flog on eBay should have to trace the tungsten in the sharpener blade all the way back to the mine to make sure it didn't come from one of those four or five dodgy ones in Eastern Congo.

I have not been, in short, in favour of these laws. But what I hadn't realised is that they have actually made the violence worse [PDF]:

There is widespread belief that violence in poorly governed countries is triggered by international demand for their natural resources. We study the consequences of US legislation grounded in this belief, the “conflict minerals” section of the 2010 Dodd-Frank Act.

Targeting the eastern Democratic Republic of the Congo, it cuts funding to warlords by discouraging manufacturers from sourcing tin, tungsten, and tantalum from the region. Building from Mancur Olson’s stationary bandit metaphor (PDF, 11 pages), we explain how the legislation could backfire, inciting violence.

These findings are a cautionary tale about the possible unintended consequences of boycotting natural resources from war-torn regions, and the use of international resource governance interventions.

The most telling line is:

This is not, quite, what we would regard as a good policy outcome.

That Mancur Olson bit is from that distinguished economist's insistence that governments are really bandits preying upon the population.

And if this is going to happen, when the armed young men are going to live off everyone else's production, then you'd prefer to have stationary bandits around rather than nomadic ones: at least the stationary ones will farm you rather than just raid you and take everything and everyone.