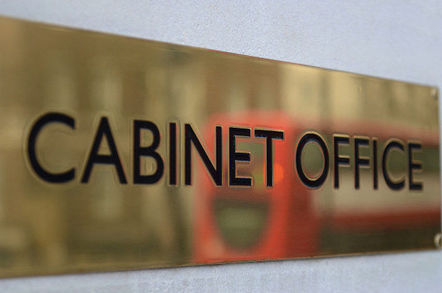 'Get rid of Oracle': The Cabinet Office has ordered other departments to ditch Oracle gear

The Cabinet Office is understood to have formally contacted central agencies within the last month and asked them to look for ways to “get rid of Oracle".

No. 10 is believed to be concerned about the amount civil servants are spending on the database giant’s applications and software.

A Cabinet office spokesperson told The Register: "As part of our continuing digital transformation and efficiency programmes, we regularly review technical requirements within a department to see how they may have changed."

The chief problem is the sheer number of Oracle licenses in the UK government, not just their price, although the public sector spent £290m on Oracle in 2013, according to TechMarketView.

Individual IT chiefs will have their own relationship with Oracle and pay for licenses rather than re-use licenses of those within their own department.

In January The Reg reported that the Department for Environment, Food and Rural Affairs (DEFRA), which has around 10,000 staff, was forking out for two million Oracle licenses at £155 per employee, for an annual cost of £1.3m per year. (That worked out at 200 licences per civil servant in the department.)

That’s contrary to the Cabinet Office’s own guidelines of £93 on licenses, with a view to reducing that down further to £52.

Meanwhile, the mighty Home Office has tried to slash its Oracle budget by moving an ERP contract to a shared-services platform run by Steria. A Register source told us: “Nobody has a holistic view or how Oracle is used across the whole government or looking at economies of scale.”

The source described the the central communication as an “edict” that has been interpreted as an order to move away from Oracle.

The trigger for the anti-Oracle edict was the end of extended support for Microsoft’s Windows XP back in 2014. The Cabinet Office negotiated a government-wide custom support agreement with Microsoft to continue building security fixes for government users.

At the time, the Cabinet Office told The Reg this would lead to “projected savings in excess” of £20m.

When it comes to Oracle, exacerbating the cost and complexity is the fact that there are so many different versions of its software that it continues to support.

It’s not clear how far this latest push to sever links will go, given the fact that past attempts to cut the dependency on Oracle and the amount of taxpayer money lavished on the giant have been foiled.

When the Home Office attempted its Steria switch the bulk of its mega contract, $330m, was to remain in place until 2017. ®