SDN: It's living the dream – and just using what you've got

Freedom to pick the hardware you want, when you want 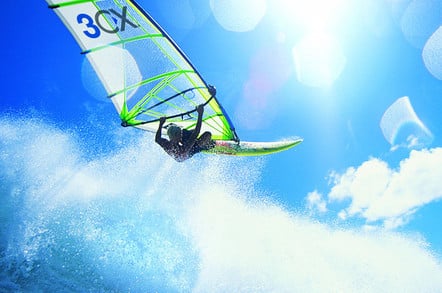 Software Defined Networking (SDN) and Network Functions Virtualisation (NFV) are growing in importance. Genuine interest around them is growing fast, faster even than the hype would indicate. This is having some curious knock-on effects.

Networking vendors are cautious about SDN and NFV, as both trends threaten to commoditise a massively lucrative area of IT infrastructure. Large players are often willing to devote as much time and effort to squashing any startup that looks to be gaining mindshare as they are developing any solutions internally.

As a result, the hype around the next generation of networking technologies is actually more dampened than it would be for almost any other technology.

We've all seen great technologies – even entire categories of technology – killed off (or at least delayed) in this fashion. It isn't working this time.

I have previously described SDN as the ability to rapidly detect and adapt to changes in network infrastructure. Similarly, as described in my previous article, NFV is the ability to stand up, tear down, automate and orchestrate network elements in some easy-to-use manner.

But what does any of that mean, really? Understanding why SDN and NFV are raising eyebrows requires bringing things down to a scale that matters to normal companies – not cloud service providers or Fortune 2000s.

Power to the people

While there is a certain class of IT practitioner who will rail against the concept, the SDN/NFV ideal that everyday administrators find appealing is ease of use. For too long, switches have been brittle and inflexible, driven by unnecessarily complicated configurations and command-line interfaces.

Graphical interfaces, where they exist, have been shockingly poor and frequently only give you the ability to manipulate one switch at a time. Those that do offer the ability to co-ordinate multiple switches tend to cost top dollar and still not be all that good.

Applications, OSs, hypervisors and even the lights-out management systems in our servers are frequently something that can be easily scripted. Seemingly everything has an API now and you can do wonders with little more than XML or JSON.

The result is that management tools have exploded in diversity. If you want to manage an application, OS, hypervisor or server there's probably an easier-to-use solution than the one you're using now. If you want to automate some or all of it, there are umpteen ways to go about it.

This doesn't exist in the legacy networking world.

What especially doesn't exist is the ability to work with multiple switches and routers from multiple vendors without worrying about the underlying hardware.

Install a hypervisor on a bunch of servers and it doesn't really matter if they're Dell, HP, Cisco or Supermicro. If the CPUs are of different generations, there are workarounds available: with minimal effort you can lash any collection of servers together into a workable virtualisation cluster.

Administrators, seeing what can be possible by living it with virtualisation, are starting to get fed up with legacy networking vendors. Vendor intransigence is driving demand for networking gear that can be treated as cattle, not as pets.

Next page: 'Good enough' could have been
Page:
Tips and corrections
9 Comments