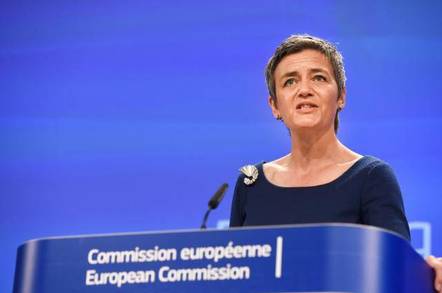 Dutch chipmaker NXP is attempting to get ahead of any EU antitrust concerns regarding its planned Freescale takeover by offering a bunch of concessions to the European Commission, before it has even had a chance to investigate.

Competition spokesman Ricardo Cardoso confirmed on Tuesday that the company had sought approval for its $11.8bn buy-out of US company Freescale on Friday, and had at the same time put forward a set of measures designed to allay any competition concerns.

Cardoso did not give details on what those proposals entailed, but said the Commission expected to reach a decision by 18 September.

Although headquartered in Austin, Texas, Freescale has operations in more than 20 countries and it is likely that NXP may have offered to divest itself of certain subsidiaries in order to smooth the deal with the Commish.

In less than a year in the job, the current competition chief Margrethe Vestager has already earned a reputation as being tougher than her predecessor. Watch this space for more developments. ®