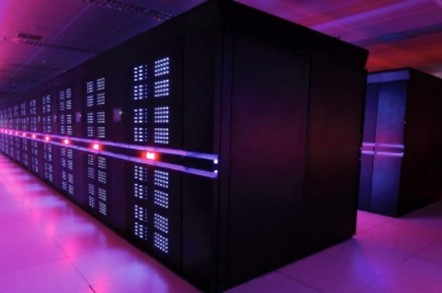 China has banned the unlicensed export of supercomputers and certain types of unmanned aerial vehicles.

The bans, announced here and since shoved through internet translat-o-trons by El Reg, targets machines of eight petaflops or more with 2 Gbps of networking capacity. The June 2015 top 500 supercomputer list records only five computers with eight petaflops of power and lists China's Tianhe-2 as the planet's mightiest number-cruncher at 33 petaflops.

No reason is advanced for the ban, but supers and UAVs are now subject to “dual-use” export controls, a category applied to commodities that have peaceful and military applications. China's therefore probably trying to make sure some of its best domestic technology doesn't fall into foreign hands to prevent it being used against it and also to retain its technological superiority.

The supercomputer ban can also be seen as a tit-for-tat after the USA banned Intel's exports of high-end x86s to China. China retaliated by revealing its own supercomputer silicon.

The Middle Kingdom recently received a wake-up call about its UAV technology after Pakistan shot down an Indian drone suspected of employing Chinese technology. Pakistan's connections to the USA are well-documented, as are the USA's keen interest in China's military. The drone ban impacts craft capable of staying aloft for more than an hour and/or reaching altitudes over 15,000 metres. Few drones with civilian markets in mind would boast the latter spec.

Licensing terms for supercomputer and UAV exports both include a national security and national interest test. ®