Who needs cloud when users can host downloads for you? 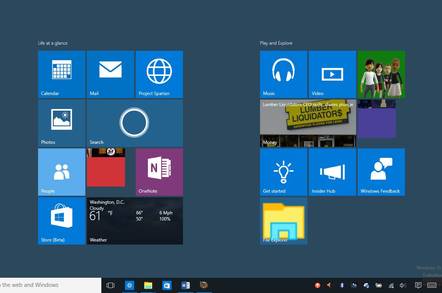 Feel like your network bandwidth is slipping away? Windows 10 could be the culprit.

The OS employs a system of sharing updates between users’ PCs and across their own networks rather than download direct from Microsoft. The system is called Windows Update Delivery Optimisation, or WUDO.

WUDO came to light as people began downloading Windows 10 – released on Wednesday – to their machines. It’s been causing surprises.

According to Microsoft, WUDO lets you get updates when there’s limited or unreliable connection to the internet.

It works by creating a local cache and stores files that it has downloaded in that cache for a short period of time. Windows 10 sends parts of those files to other PCs on your local network or PCs on the internet that are downloading the same files.

Microsoft claimed its “delivery optimisation” wouldn't be able to access your personal files or folders or be able to alter files on your PC.

The system has been switched on by default and can only be turned off by digging into advanced options under Windows Update, diving deep in update and then poking about in security and settings. It won't work on dial-up connections.

In a statement, a Microsoft spokesperson said delivery optimisation would let customers get Windows updates and Windows Store apps from sources in addition to Microsoft.

"This helps people get updates and apps more quickly if they have a limited or unreliable internet connection,” the MS mouthpiece said.

You can read more about the system here. ®