Judge just doesn't have the time to hear their bickering 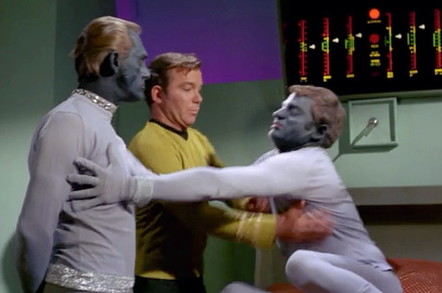 The long-running copyright dispute between Oracle and Google over the latter's use of the Java language APIs in its Android operating system will likely drag on for another year or more, based on the latest developments in the case in a US federal court.

Reuters reports that US District Judge William Alsup, who has been presiding over the suit since it was filed in 2010, said in proceedings on Thursday that the case would likely not return to court for its next round until spring of 2016 at the earliest.

At issue is the Android smartphone OS, which Google designed based on the Java APIs without negotiating a Java license from Oracle or the original owner of Java, Sun Microsystems, which Oracle bought in 2010.

After failing to prove that Google had violated its patents, Oracle argued that by including short snippets of Android source code that were identical to Java code, Google had violated its copyrights. Judge Alsup disagreed, ruling in 2012 that APIs, in and of themselves, cannot be copyrighted. But a US appeals court overturned that ruling in 2014, leaving us where we are now.

Google's appeal of the verdict to the US Supreme Court fell on deaf ears, so what comes next is a new trial. At issue this time will be whether Google's infringement of Oracle's copyrights constituted "fair use" – meaning it was acceptable under the original intent of the copyright statutes. The jury deadlocked on this point in the original trial.

If the new trial finds that the fair use doctrine doesn't apply, it will be up to the jury to determine the amount of damages Google owes Oracle. The database giant initially claimed it was owed as much as $6.1bn. While the court laughed off that sum, however, Oracle is still seeking more than $1bn.

Getting further face time before Judge Alsup is proving to be a problem, though. On Thursday, the judge said that his trial calendar precluded giving the companies a new hearing before next spring, and that mid-2016 might be more likely.

In the meantime, Judge Alsup expects Google and Oracle to try to resolve their differences through mediation. He's pushed for resolution via mediation in the past, but both companies have seemed to prefer litigation as a solution.

This time around, one of Google's lawyers objected to the mediation route, saying he thought it would be "premature." Judge Alsup wasn't hearing it, however, and he ordered both parties to pursue mediation "whether you like it or not." ®