Lying to customers, Unicom? Cough up £200k, do not pass Go 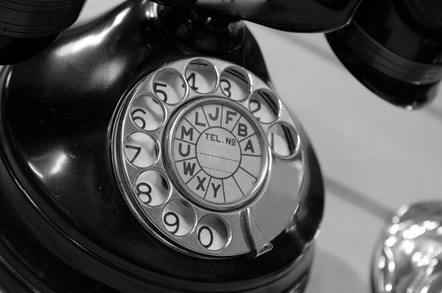 It’s good to know that complaints to Ofcom produce action. A probe into broken promises and lies told by Unicom has seen the company fined £200,000 by the regulator.

It wasn’t just customer complaints which led to the action. An Ofcom initiative looked into Unicom's terms and conditions – most notably, that unwitting customers were signed up on three-year contracts, that the company told customers that they would not be liable for unpaid portions of existing contracts with the subscriber they were migrating from, and that they would have no interruption to their service.

In May, Ofcom came to a conclusion:

Following an investigation, Ofcom has determined that there are reasonable grounds for believing that Universal Utilities Ltd (trading as Unicom) has contravened GC24.3 of the General Conditions between 1 March 2013 and 8 July 2014. Ofcom has therefore issued a Notification to Unicom under section 96A of the Communications Act 2003. Specifically, Ofcom has reasonable grounds to believe that Unicom operated standard sales and marketing processes under which it provided prospective customers with misleading information about its fixed-line telecommunications services.

The scope of the Investigation was revised during its course as new information became available. In particular, Ofcom discontinued the investigation of possible contraventions of GC9.3, GC9.4 and GC24.6 following our analysis of information obtained from Unicom. Ofcom makes no findings in these regards.

Ofcom has now revealed how much falling foul of the regulator has cost Unicom:

Ofcom therefore issued Unicom with a Confirmation Decision under section 96C of the Act on July 29 2015. The Confirmation Decision confirms the imposition of a penalty on Unicom of £200,000 in respect of its contravention. It also confirms steps that Unicom must take to comply with the requirements of GC24.3(a) and to remedy the consequences arising from its contravention.

In particular, to the extent it has not already done so, the steps which Ofcom confirms must be taken by Unicom to comply with the requirements of GC24.3(a) are:

As to the steps Ofcom confirms must be taken by Unicom to remedy the consequences arising from its contravention of GC24.3(a), to the extent it has not already done so it must establish and effectively implement schemes for:

Ofcom will now monitor Unicom to ensure that the steps outlined in the section 96C Confirmation Decision lead to full compliance with GC24.3(a) and that the appropriate remedial steps are taken.

The ruling should be another good shot across the bows for many telcos who think that when they tell disgruntled customers to speak to Ofcom, no more will happen. ®