Pity, if you will, poor Jorge Fauste, who got the full SPB portrait treatment... 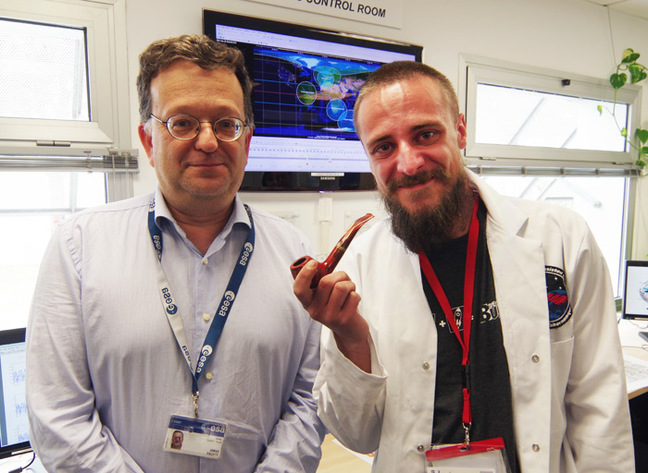 ... before outlining his office's part in the SMOS mission, which launched in 2009 to provide "global observations of two key variables in the Earth’s water cycle: soil moisture over the Earth's landmasses and salinity over the oceans." 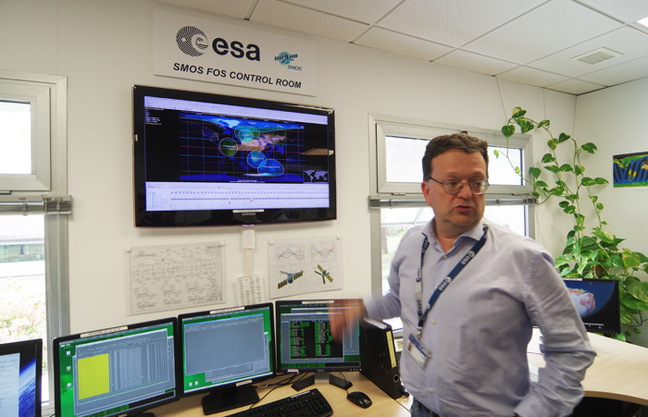 Fauste said: “We basically perform the mission planning of the system. Every week we send a set of commands to the spacecraft, but we also receive the telemetry in real time and check the data to ensure everything is fine.”

“If there's a problem,” he added, “we react and send the corresponding set of commands to fix the problem.”

SMOS is unusual, Fauste noted, in that "we have two methods of transmission: the S-band, which we use just for the housekeeping data; and X-band, through which we receive the science data."

The data includes, for example, this surface ocean pH map from 2010, which offers "accurate information to help address the growing problem of ocean acidification": 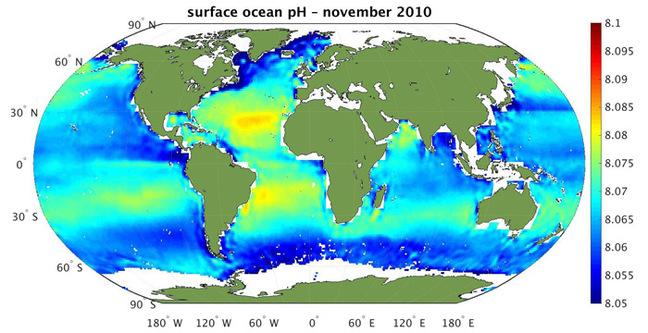 SMOS works via an "array of 62 antennas", Fauste explained. "These receive radiation from the Earth in the L-band, which is around 1.4GHz. This is then converted by an extremely complex process to form the typical visual image." 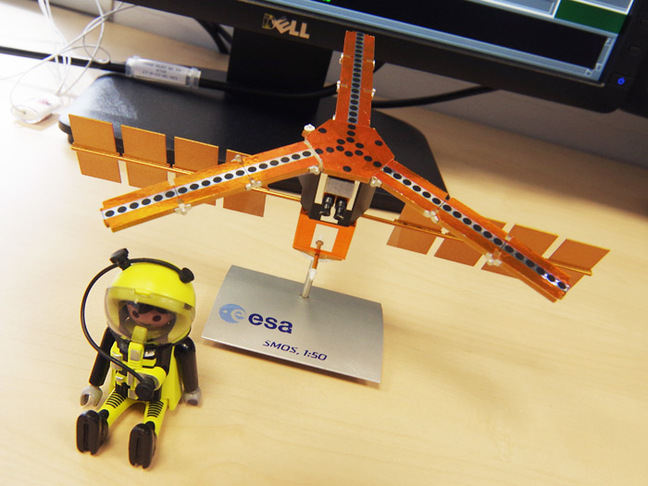 The SMOS mission has now been extended to 2017, "and if we don't have any problems, it will hopefully continue for many years", Fauste said. "This was the first spacecraft launched operating with L-band, and we're always discovering new applications, such as looking at the ice thickness of the poles."

Onwards, then, to a meeting with CESAR (Cooperation through Education in Science and Astronomy Research)