One of the more interesting questions is number 11: “How should we pay for the BBC and how should the licence fee be modernised?” Advertising, some will be relieved to see, is effectively ruled out as an option, and it's refreshing to see that the the consultation document realises that conditional access is a longer term option, rather than a quick fix, because of the need to update equipment. 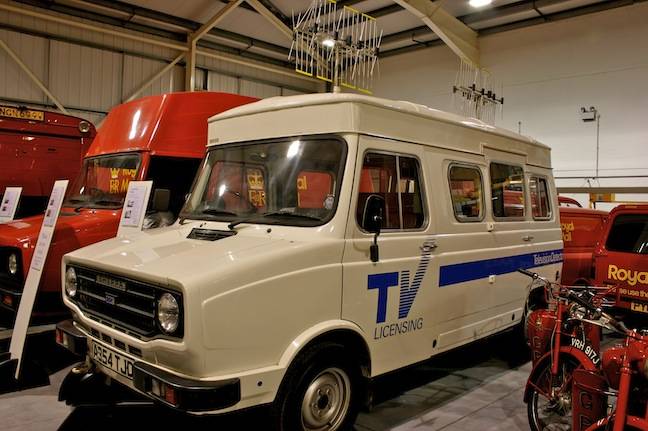 Since most current receivers don't have CI slots, the idea of moving to subscription is pretty much impossible for the next charter. The current one runs out at the end of next year, which wouldn't be a lot of time for people to replace kit. In that respect, Greg Dyke's promotion of Freeview has done remarkably well.

If there is a proposal that, somewhere down the line, conditional access is used to allow the BBC to get some or all of its funding via a subscription, it's worth making the point that it's such a fundamental change in the technical requirements that it shouldn't be done alone.

As things stand at the moment, the second technology shift on Freeview is most likely to be to T2 and H.264 for all channels, as that's what all the kit now available supports. The chances of HEVC (High efficiency video coding aka H.265) coming to Freeview are quite slim at the moment. It would mean the wholesale replacement of a lot of kit, some of which is brand new.

Subscription would mean a technology change. Could HEVC ride on its coat-tails?

Personally, I doubt we'll ever see much more than a few 4k tests on terrestrial broadcasting. But HEVC could certainly help with the bandwidth squeeze. So, if you're of a mind to suggest a long term future for the BBC that involves conditional access, surely it's wise to ensure that any platform requirements for that mandate HEVC support as well? One round of box replacements may be acceptable. Two would surely kill the platform dead.

The battle for Freeview

There will, no doubt, be people who will say, “If people love the BBC so much, they'll pay for it.” Requiring everyone to buy a new receiver is likely to slow that down considerably – not to mention, add to the cost. What I think is more likely is that people will jump ship to platforms that not only provide the necessary conditional access – Sky and Virgin – but throw in a free box as well. 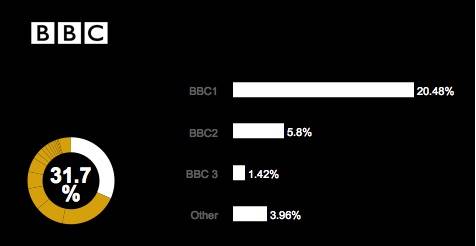 The BBC has an audience share of 32 per cent (June 2015), and it's even higher on Freeview

If that happens, surely Freeview is done for (and probably Freesat as well)? Regardless of the outcome of WRC–15, and the desire of people to keep some free-to-air broadcasting, how would Freeview survive without the BBC? The corporation has an audience share of 32.9 per cent across all households (2014-15), rising to 39.6 per cent in terrestrial-only ones. A cynic might even think that a cash-strapped Treasury would be quite happy for Freeview to fade away, leaving the spectrum to be auctioned for mobile broadband services.

So, while it may be temping to think, as you answer Question 11, that a subscription element is the best solution to BBC funding – either wholly, or in part – I think there's a very real danger that it could also signal the end, not just of a free-to-air BBC, but of all significant free-to-air broadcasting in the UK.