But you'll need an Office 365 subscription to edit with them 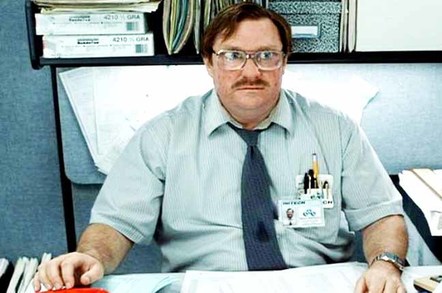 Now that Windows 10 has begun shipping to customers who reserved their free upgrades, Microsoft has also announced general availability of the touch-centric Office Mobile apps for the new OS.

This isn't the next version of the full Office productivity suite for desktop PCs. That version, dubbed Office 2016, won't ship until September.

Rather, these are slimmed-down versions of Word, Excel, PowerPoint, and OneNote designed to offer basic Office document viewing and editing capabilities on touchscreen devices. Office 2016, by comparison, is described as being "designed for the precision of the keyboard and mouse."

Don't call these Universal Apps – at least, not yet. Microsoft has been throwing that term around a lot lately, but although the versions of the Office Mobile apps that shipped on Wednesday are built using Redmond's new development model, they've been optimized strictly for Windows 10 tablets.

A second iteration of Office Mobile that includes a mode that's been optimized for smaller screens won't be released until later in the fall, once Windows 10 Mobile – the version of the new OS for phones – has shipped.

Microsoft describes the tablet version of Office Mobile as being "great for reading, reviewing, and editing," while the phone version is said to be "great for viewing, triage and quick editing."

While the Office Mobile apps are free to download, however, to actually edit documents and create new ones you'll need an Office 365 subscription. Otherwise, the apps are little more than glorified Office document viewers – and they're hardly small, at that. Once installed, the Word, Excel, and PowerPoint apps each weigh in at over 100MB, while OneNote uses around 92MB of disk space.

The cheapest Office 365 subscription level is the Personal tier, which allows you to use the Office software on one PC, one tablet, and one phone for $6.99 per month. Office 365 Home is the next level up and grants a license to use the applications on five PCs, five tablets, and five phones within the same household for $9.99 per month. Business and education customers have various other pricing tiers to choose from.

The Word, Excel, and PowerPoint Mobile apps are available for download immediately from the Windows Store in 190 countries. OneNote Mobile, on the other hand, comes preinstalled with Windows 10 on tablets and PCs.

Once they're ready, the versions of the Word, Excel, and PowerPoint apps that support smaller screens will come preinstalled on Windows Phones and tablets with screens smaller than eight inches. ®

A spokeswoman for Microsoft has been in touch to update us on what you'll need to edit documents using the Office Mobile apps:

Commercial users must have a qualifying Office 365 subscription to get commercial use rights and unlock creating and editing in the Office apps. However, for non-commercial users, an Office 365 subscription is not required unless the screen is > 10.1 inches or if they’d like to use advanced editing (premium) features. Otherwise, users can log in with a Microsoft Account and get free access to the “core Office experience”, which includes creating and editing features.

Glad we cleared that one up.