Italy: Human rights are so old hat. The future's in internet rights

Euro nation makes Declaration of Internet Rights, with caps and everything. Bless 'em 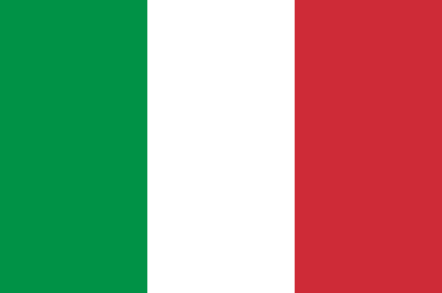 Access to the internet is a fundamental right of all persons. So says a new Italian Declaration of Internet Rights, which incorporates a 14-point manifesto drawn up by a parliamentary committee following a public consultation.

Although not legally enforceable, many of the articles of the declaration (PDF) directly relate to laws currently being thrashed out at EU level, including the NIS (Network and Information Security) Directive, the General Data Protection Regulation, and the operation guidelines of the Telecoms Package which deal with net neutrality.

The declaration wants to see all "fundamental rights", whether defined by the UN, the EU, or national constitutions, “interpreted so as to ensure their enforceability on the internet.”

That could be a tall order for a set of recommendations with no legal weight behind them.

It also seeks a “democratic rebalancing of disparities in power on the internet between economic players, institutions and citizens.” Broadly, the charter aims to give users a stronger position in relation to big internet players (we guess that means you Google, and you too, Facebook) as well as ISPs.

Two articles of the declaration read:

The right to neutral access to the net in its entirety is a necessary condition for the effectiveness of the fundamental rights of the person.

Consent does not constitute a legal basis for the processing of data when there is a significant imbalance of power between the data subject and the data processor.

Other international rules are also touched upon, specifically the so-called right to be forgotten (RTBF) and internet governance.

“Where a request to be removed from search engines is granted, any person may appeal the decision before the courts to ensure that the public interest in the information is preserved,” said the declaration. However it makes no mention of a specific right of appeal if Google turns down a RTBF request.

The final article deals with internet governance, effectively setting out Italy’s stall ahead of the next Internet Governance Forum in Brazil in November.

It states: “Every person has the right to both national and international recognition of their rights. The internet requires rules consistent with its universal, supranational scope ... to prevent all forms of discrimination and to prevent the rules governing its use from being determined by those who hold the greatest economic power.” ®

Do you run on a cloud Down Under, where data's shared and governments plunder... Oz joins US, UK in info search-warrant law

Australia says it will exchange personal deets via CLOUD Act