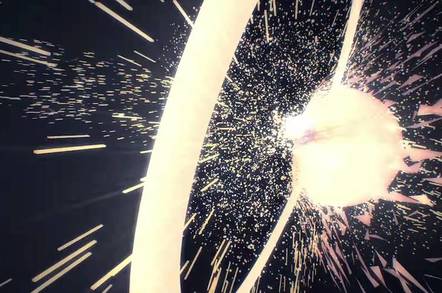 Microsoft's automatic updates feature in Windows 10 has collided with Nvidia's driver system, sending the new operating system off the rails as it launches.

Early adopters are experiencing glitches (particularly in multi-monitor setups), and in some cases crashes, all triggered when Windows 10 automatically updates its graphics card drivers.

The misfiring upgrade has sparked howls of protests from netizens on the Nvidia forums and elsewhere.

The issue stems from a push-me-pull-you conflict between Windows Update and Nvidia’s own driver and software management tool, Nvidia GeForce Experience. Forbes reports that the latest driver version, 353.54, is only available through Windows Update, it isn't very stable, and yet Windows 10 installs it anyway automatically.

Nvidia GeForce Experience tries to downgrade the software to an earlier stable version (353.30), but is blocked by Windows 10, leaving users with broken systems.

Previous versions of Windows Update treated driver updates as optional but this has changed with Windows 10 – and this is why the dodgy driver is forced on users with frustrating consequences.

The laudable aim of these automatic mandatory updates is to make sure consumers are running secure and stable software. Poor patching practices are frequently exploited by hackers of various capabilities in order to push malware.

Automatically rolling out updates may seem like the answer but the practice is not without its problems, as highlighted by this issue. Corporates have long been wary of these problems, hence the widespread practice of delaying the rollout of updates in order to allow testing or to see if there are any early problems before applying updates themselves.

According to a recently received comment from Microsoft: “This issue has been addressed and customers with Windows Update will receive the update.” So running Windows Update again and rebooting should fix it.

More commentary on the issue can be found in a blog post by security industry veteran Graham Cluley here. ®

Missed Valentine's Day? Take your beloved to a Visual Studio 2019 launch event instead