Oh, Obama's responded to the petition to pardon Snowden. What'll it be?

Can he return home without fear of arrest? Can porcine creatures achieve takeoff? 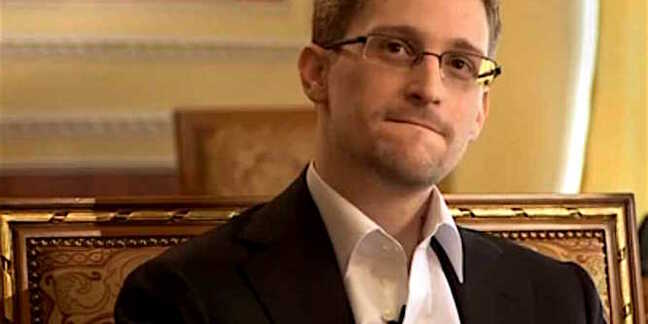 The US White House has formally declined a citizens' petition to issue a pardon to NSA whistleblower Edward Snowden.

The President Obama-led administration on Tuesday issued its response to the "We The People" petition to grant Snowden a pardon and allow him to return to the United States without facing arrest and further prosecution for leaking thousands of classified government intelligence and surveillance documents.

"If he felt his actions were consistent with civil disobedience, then he should do what those who have taken issue with their own government do: Challenge it, speak out, engage in a constructive act of protest, and – importantly – accept the consequences of his actions," presidential advisor Lisa Monaco said in the administration's response.

"He should come home to the United States, and be judged by a jury of his peers – not hide behind the cover of an authoritarian regime. Right now, he's running away from the consequences of his actions."

Snowden has been on the run since 2013 and is currently living in Russia, where he is protected from extradition. A former government contractor, Snowden said he leaked the massive cache of documents in an effort to expose the extent to which the US and other governments are spying on their citizens.

The leak made Snowden a hero among privacy advocates and civil rights groups, but also caused the 32-year-old to become an internationally wanted man. The US has maintained that while Snowden hasn't yet been convicted of any crime, the US government has made clear that if and when Snowden is brought into custody, he will face charges under the Espionage Act.

The White House stated that no amount of public pressure – even from a petition backed by 167,954 signatures – will sway it from moving forward with its prosecution of Snowden.

"We live in a dangerous world. We continue to face grave security threats like terrorism, cyber-attacks, and nuclear proliferation that our intelligence community must have all the lawful tools it needs to address," Monaco offered.

"The balance between our security and the civil liberties that our ideals and our Constitution require deserves robust debate, and those who are willing to engage in it here at home." ®