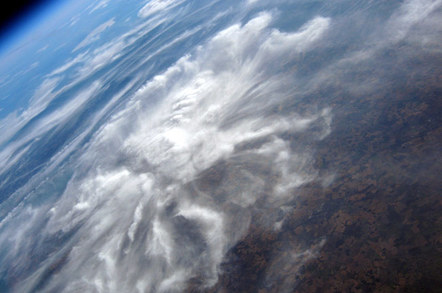 Cisco has swapped one high-profile chief technology officer for another as incoming CEO Chuck Robbins expands his collection of new top brass.

The company named Silicon Valley cloud whisperer-turned-venture capital influencer Zorawar Biri Singh as its CTO for platforms and solutions on Monday. His appointment comes as CTO and chief strategy officer Padmasaree Warrior takes her leave, along with a host of orged managers.

Others on the way out or already gone include chief globalisation officer Wim Elfrink, Edzard Overbeek, the senior vice president of services, and presidents Rob Lloyd and Gary Moore.

Warrior was CTO since 2008, having latterly covered engineering from 2010.

That will put Singh in the hot seat on engineering. He will “set the foundation” for Cisco’s long-term investments and align its technology strategy, Cisco said.

It will be Singh, though, whose appointment causes the most ripples.

A veteran with more than 24 years' experience in tech, Singh joins Cisco from Khosla Ventures, the venture fund founded by Vinod Khosla, one of the co-founders of the defunct Sun Microsystems. His fame, however, pre-dates Khosla: immediately before, Singh was senior vice president and general manager of HP’s cloud business.

He ran the giant’s cloud business, having been poached by then-CEO Leo Apotheker to build HP’s OpenStack cloud technology and business from scratch. He served HP for just two years, with no reason given for his departure by either HP or Singh.

Before that, Singh was IBM’s vice president for cloud computing for three years, having run overall strategy of IBM’s infrastructure, platform and software-as-a-service.

Singh came to IBM through the giant’s 2008 acquisition of data security and access management start up Encentuate, where he was CEO and president. ®