Thanks for all that Kickstarter cash – upstart gobbled by Razer 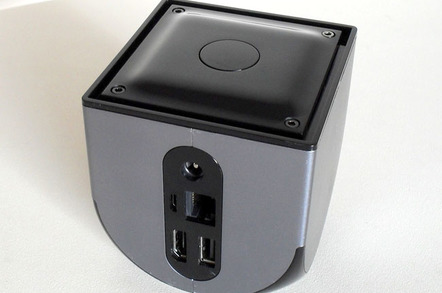 Ouya has been purchased by games house Razer in a move that likely signals the end of the road for its self-titled Android gaming console.

Razer said in a Monday release that it had agreed to acquire Ouya, taking on all of its staff members and software products. The Ouya hardware division, including the Ouya Android games console, will not be part of the deal.

Instead, Razer said it intends to fold Ouya into its Forge TV project. Like the Ouya, the Forge sells for $99 on its own and $149 when bundled with a Razer controller. The Ouya store will be rebranded as Cortex for Android TV.

"Razer has a long-term vision for Android TV and Android-based TV consoles, such as the Xiaomi Mi Box and Alibaba Tmall Box, to which Ouya already publishes," Razer co-founder and CEO Min-Liang Tan said in announcing the deal.

"Ouya's work with game developers, both triple A and indies, went a long way in bringing Android games to the living room, and Razer intends to further that work. This acquisition is envisaged to usher more developers and content to the Android TV platform."

This just two years after Ouya delivered its Android gaming hardware to the backers who drummed up $8,596,474 on Kickstarter to help get the Ouya console built and shipped in 2014. While the company delivered the console and the promises it made for the donation tiers, that Ouya is giving up the hardware so soon after release must be disappointing to those who had backed the company in its early days.

To help alleviate the pain, Razer said it would be reaching out to Ouya owners and working to transition them from the Ouya console onto the Forge. Razer said it plans to help Ouya owners migrate their Android games and store accounts onto the Cortex service. Razer will also give migrating Ouya customers a discount on the Forge hardware and controller.

For Razer, the Ouya acquisition comes at a time when a key market is opening up in China. State agencies recently lifted a ban on games consoles. Having the additional Ouya services and staff to bolster its ranks could help Razer position the Forge as a low-cost alternative to traditional console giants like Nintendo, Sony, and Microsoft.