A sorry story of whipped tales, angst and attrition 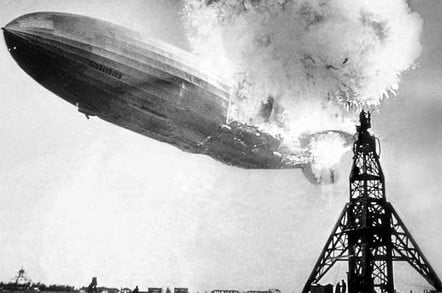 Exclusive + analysis Cisco has confirmed that the Invicta all-flash array line is no more, telling The Register: "As part of product lifecycle management, we withdraw technology from the marketplace when necessary to focus our efforts on what is critical for the future of our customers' business as well as our own."

Cisco is prioritizing the elements of our portfolio to drive the most value for our customers both now and in the future, and today, we are announcing the End of Life (EoL) for the Invicta Appliance and Scaling System products. We will continue to support existing customers who have deployed Invicta products in accordance with our Products and Services End of Life Policy, which includes ongoing technical assistance, software support, and spare / replacement parts.

When Cisco entered the server business with its UCS line it had high hopes, and they came good. Paul Perez, Mr UCS inside Cisco, had driven the UCS business to near $3bn annual run rate but was hungry for more. We're told Cisco realized the UCS business could be boosted by adding storage to its serving capabilities.

It partnered with NetApp to develop an all-flash storage blade with full UCS M integration. The project ran into rough waters and Perez decided to buy in technology instead of developing it. Cisco evaluated several all-flash companies and decided on Whippany, New Jersey-based Whiptail as the optimum combination of performance and acquisition cost. It bought it in September, 2013.

They would get: Whiptail's two arrays, a single chassis Invicta appliance and a scalable Accela system; its engineering team; and its roadmap. It would also get the capability to finish development on the NetApp-Cisco storage blade hardware.

Perez had Whiptail focus on bringing its Fibre Channel-connected appliance and scaling systems to market using UCS hardware with, we're told, "a very aggressive roadmap." The Whiptail engineering team had to cancel several interesting projects after joining Cisco to concentrate on these new goals.

Culture-wise, there was a "them and us" attitude, with the Whiptailers not feeling appreciated or integrated right from the start of Cisco's ownership.

They arranged the new storage blade's specifications with their Cisco management and agreed that, because of the limitations of the inherited Cisco/NetApp hardware, it would not be able to support deduplication.

Then an unwelcome eventuality came along: there were problems with Whiptail, now renamed Invicta, storage products when operating in the UCS environment. But Cisco was impatient to get the appliance and scalable arrays released. We have been told that the pressure from Perez "was quite enormous and eventually we became officially one of the fastest-ever products integrated by Cisco," with Invicta launching in January 2014.

It was all too quick, as the Invicta-UCS issues surfaced in the field, and Invicta's reputation with Cisco's UCS sales force deteriorated badly. As we now know, the scaling system was put on shipping hold while the problems were being resolved. We're told that Invicta appliance sales targets were deeply lowered as well.

It was a setback but only a temporary one. Spirits were high. New offices were being prepared for the Invicta engineers a few miles from their existing Whippany, New York, location. They were working on fixing the scaling system and continuing development of the storage blade, based on the UCS server hardware.