Vive le Act Patriotique: Liberté, égalité, fraternité, pick any two. No, not those 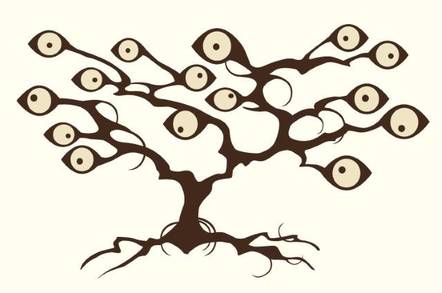 France’s constitutional court (Conseil Constitutionnel) has ruled that the new French version of the Patriot Act is legal.

The Projet de Loi Relatif au Renseignement was passed by the upper chamber of parliament earlier this month, but has attracted outspoken criticism from civil liberties organisations, who described it as “an assault on human rights”.

The fast-tracked law will give French intelligence services lots of new snooping superpowers with little or no judicial oversight.

Le Charteur des Snoopeurs would allow spies to use International Mobile Subscriber Identity catchers to hoover up telephone data, and access emails and online communications of anyone suspected of being linked to terrorism without a court order.

In April, she and four other MEPs formally asked the Commish to investigate whether the bill is legal under EU law. The Commission has thus far decided to sit on the fence, refusing to comment until it has been put into law.

In response to the widespread criticism, President François Hollande agreed to send the law to be reviewed by the Conseil Constitutionnel. Now that it has been approved, there is nothing to stop it being enacted.

“We are outraged by the French Constitution Court decision to approve the Intelligence law," said Estelle Massé, policy analyst, at Access, which according to its website 'defends and extends the digital rights of users at risk around the world'.

"This piece of legislation critically expands intelligence and surveillance capabilities while providing limited oversight,” she said.

“The independence of the new oversight body established by this legislation is also questionable, as most of its members are appointed by political bodies rather than elected," she continued, referring to the nine-man oversight board which will be the only device to overturn snooping activities.

The controversial bill was presented to parliament by French Prime Minister Manuel Valls following the Charlie Hebdo attacks, but was in the pipeline long before that, leading civil rights activists to accuse the government of “blackmailing” the public with the threat of terrorism. ®