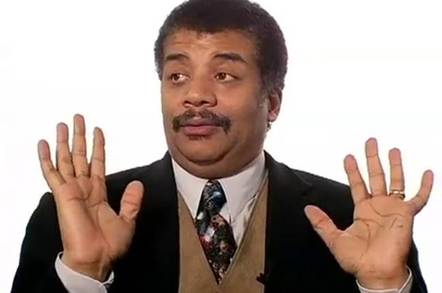 Those who feel that Pluto has always been a planet and jolly well ought to be one again have received a boost - this time from a top NASA boffin, albeit a slightly biased one.

"It's very hard not to call an object with this level of complexity in its geology, and such complex seasons, a planet," said Alan Stern, New Horizons' principal investigator at Southwest Research Institute, during a press conference about the probe's latest update.

"Astronomers and planetary scientists differ on this question but that's how science works – scientists make individual decisions and consensus is reached. I think we're going through a period of transition at the moment."

Data from the New Horizons space probe has shown Pluto to be geologically active, with new glacier plains of nitrogen ice carving out new surface features and eroding away impact craters from meteor strikes.

It has a large, hazy atmosphere extending 100 miles from the surface, and the New Horizons data has revealed a lot about the dwarf planet's history.

We heard during the briefing that Pluto is almost perfectly spherical, which was unexpected considering what we think happened during its formation.

It's likely that way back in its history, Pluto was hit by a massive object that tore away a huge chunk of its mass, which went on to form into the freezeworld's five moons.

But no remnant of that impact can be seen on the surface or in its current clean, spherical form.

That means that Pluto must have been spinning very rapidly after the impact, William McKinnon, New Horizons co-investigator at Washington University said, before reaching equilibrium with its relatively massive moon Charon.

Next page: The case against Pluto
Page:
Tips and corrections
94 Comments