Bloke, 30, gets two years after international task force tracks him to Welsh wilderness 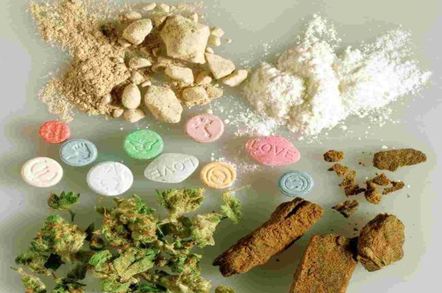 A 30-year old man from Aberdovey has been sentenced to two years in prison, thanks to his dark web drug dealing.

Cei William Owens, 30, from Ceunant, Aberdovey, was nabbed by the coppers last year as part of an international investigation which targeted the bigger players in the dark net drug-dealing world.

Owens, who used the pseudonym "JohnnyAlpha", was a presence on at least five illicit marketplaces, according to Blighty's National Crime Agency.

It was through sites such as Silk Road 2 (SR2), Agora, Onion Shop, Evolution and Sheep Marketplace that investigators managed to find evidence of "at least 444 transactions that Owens had made since he established himself as a vendor in October 2013."

Johnny Alpha, the mutant bounty-hunter protagonist of 2000 AD's Strontium Dog series, once travelled through time to bring Adolf Hitler to justice. It may be argued that Owens fell somewhat short of Johnny's standards.

At the time of Owens' arrest, he was found to be in possession of cannabis resin, herbal cannabis, MDMA and psilocybin mushrooms.

Owens pleaded guilty to all five of the charges against him relating to the possession and supply of class A and class B drugs.

Peter Smith, an area commander from the National Crime Agency, commented that "the realisation that you can be tracked and identified on the dark web is beginning to sink in for online criminals."

He added: "Selling drugs this way is just like any other organised crime network – it takes time and effort to investigate and build a criminal case, but we are determined and will continue to prosecute people who deal drugs and commit serious crime using the dark web."

Owens was sentenced to two years' imprisonment at Swansea Crown Court on 24 July. ®