Tin eraser to storage glue: Virtualisation's past, present and future

The tools becoming the building blocks 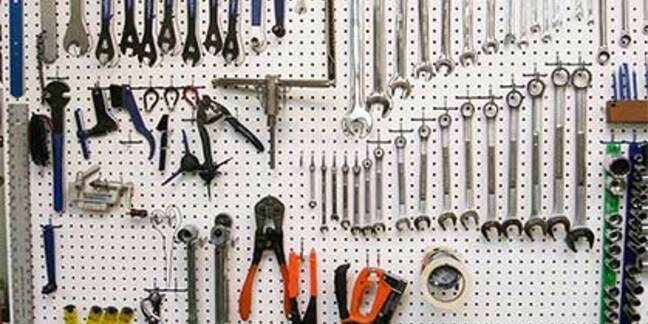 Virtualisation was once seen as little more than a hardware reduction method. It was fundamentally viewed as a tool, albeit an extremely clever and complex one, for reducing the amount of tin in a data hall.

What felt like game-changers when they were first introduced – remarkable technical achievements like snapshots, live migration and high-availability features – are now considered commonplace, and as voracious consumers we are always looking for more.

As a result, we now expect much more from our virtual platforms, and the vendors are under increasing pressure to continue to deliver the same degree of revolutionary features year upon year, not just incremental updates and minor fixes.

With that in mind, let’s take a look at the recent innovations from two firms in this field, and give some thought to what might be next.

Like the company or not, it would be churlish to talk about the advances in virtualisation and not spend time discussing VMware’s current product line-up, including the latest iteration of its core hypervisor (vSphere 6) and its new, fully global credentials.

VMware have been adding features to facilitate operating multiple diverse data centre locations in a steady flow over the years, from rudimentary multi-site cluster management to DR-in-a-box options associated with Site Recovery Manager. However, the feature sysadmins the world over have been crying out for is long-distance vMotion.

As long as there is layer 2 connectivity between your vCenter server instances (and the round-trip latency is lower than 100 milliseconds) then you can perform live migrations between geographically diverse data centres. Which is pretty amazing.

Dynamic vMotion features to support potentially intercontinental migrations bring with them other benefits. Live migration is now supported between heterogeneous vCenter servers (from legacy Windows Server to VMware Appliance versions) and can maintain HA and DRS settings, and even MAC addresses, even across these previously unheard of distances.

Looking forward then, VMware appears to be laying the groundwork for all of its core vSphere services to be available across geographically distributed data centres.

Where regional data centres are usually discrete entities, often separated by the arbitrary labels of “production” and “DR”, the possibility that they may grow into an interconnected mesh of multinational compute power is an enticing prospect.

Truly global clouds will no longer be the reserve of the big players. Instead, they will be easily assembled using off-the-shelf components and commodity data centres, where the only physical requirement connecting the sites will be a relatively low latency WAN connection.

At least they'll be easily assembled, if VMware has the networking chops to support it.

Outside of vSphere itself, VMware is building a wider platform as part of what is becoming known as the software-defined data centre; a series of solutions and tools to enhance the overall virtualisation experience, ranging from improved management suites and nifty integrations to bona fide technical revolutions that stand on their own as products.

At VMworld in October 2014, new networking product NSX was undoubtedly the star, from VMware’s perspective, at least, with the firm pushing the technology and taking every opportunity to demonstrate its feature set to anyone who would listen.

NSX takes the principles of the virtual machine and applies it to network services, to elevate it above the simple virtual switch we’re all familiar with.

Want to clone or snapshot a network component like a VM? No problem. Need to provision from templates and spin up complex networks quickly? That’s what it’s designed for.

From pre-configured appliances to services that encompass the best security and functionality of the leading network vendors baked directly into the software, NSX allows you to replicate or replace the entire network stack (from layer 2 to layer 7) in a logical, distributed architecture that truly befits the virtual environment, yet still bridges the gap between virtual and physical network hardware.