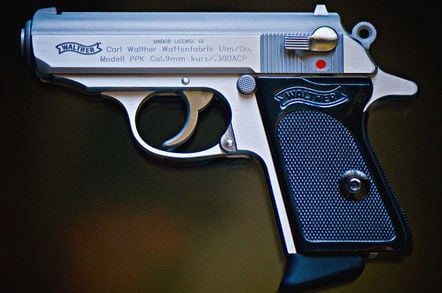 Turn in the Walther and draw some biros and P600/770-Q4s from stationery, Bond

Feature David Anderson QC’s review of Britain’s anti-terrorism laws, published earlier this month, has mostly been examined for its potential impact on the government’s plans for a new act of Parliament on surveillance, known as the Snooper’s Charter to opponents.

He made extensive recommendations as to what should be in the legislation, although his proposal that surveillance warrants should be signed off by judges rather than ministers has already been talked down by the government.

But the part-time Independent Reviewer of Terrorism Legislation, who in his day job is a high-flying human rights lawyer, also used his 373-page report to shed light on how spies use electronic surveillance, based on research that included a three-day visit to GCHQ in Cheltenham. This and other recently published documents provide new insights into how Britain’s electronic eavesdroppers work, and come from official sources rather than documents leaked by Edward Snowden.

Anderson, who saw informing the public and political debate as a key purpose of his report, outlines the powers of the UK’s secret agencies. In GCHQ’s case, this includes hacking (Computer Network Exploitation or CNE, in the jargon), something disclosed when the government published the Home Office’s Draft Equipment Interference Code in February.

The code requires applications for such hacking to include what the operation is expected to deliver, details of “collateral intrusion”, whether it will obtain legally privileged or confidential material, and what will be done to mitigate the surveillance, such as filtering and disregarding personal information.

This, along with many other sections of Anderson’s report, suggest that many hours in Cheltenham are spent filling out forms.

Under section 7 of the Intelligence Services Act 1994 – more snappily known as the James Bond clause, as it allows MI6 and GCHQ to commit what would otherwise be criminal acts overseas – GCHQ had five “class-based authorisations” in 2014, removing liability for activities including “interference with computers, mobile phone, and other types of electronic equipment”.

Anderson’s report also covers intelligence sharing with the US National Security Agency, targeted surveillance within the UK, and use of encryption. But GCHQ’s most controversial capability is the bulk interception of communications. A challenge to this by privacy groups including Liberty and Privacy International is currently being considered by the Investigatory Powers Tribunal. It is authorised by s8(4) warrants signed by the Foreign Secretary, with 20 such warrants in place at the end of 2014. Anderson says they can allow the collection and examination of “very large volumes” of data.