The green salamander is out: Cisco gives up on Invicta flash arrays 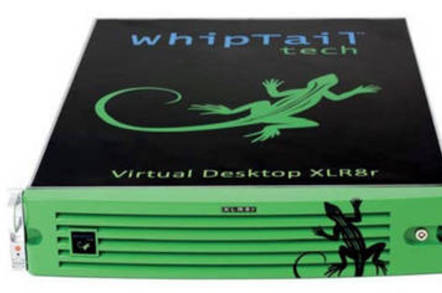 That’s that then: it was a $415m mistake. We have heard from several sources that Cisco has laid off virtually the entire Invicta all-flash array engineering and development team. If true, Cisco – still led by John Chambers – has admitted the 2013 Whiptail acquisition was a complete cock-up.

Timing-wise, this has happened at the same time as Cisco is exiting the set-top box business. It looks like this is another deck-clearing exercise by Chambers before handing over the CEO reins to Chuck Robbins on July 26, unless Robbins is himself wielding the axe.

Whiptail’s CEO and co-founder, James Candelaria, became director of engineering at Cisco in October 2013. He quietly slipped out of Cisco’s back door in March this year and now runs Candelaria Consulting. That month Cisco said it was pushing Invicta products again after a withdrawal from sale due to quality problems.

In April, the Cisco VP and general manager of its UCS computing systems, Paul Perez, who was associated with buying Whiptail, moved to Dell to become enterprise chief technology officer.

Cisco had at that point withdrawn from VCE, giving control of that converged system builder to EMC. During the whole sorry Whiptail saga, Cisco tried to position the array as in integrated UCS server accelerator, trying to avoid it competing with VCE partner EMC’s products, while hooking it up to the servers by Fibre Channel, just like any other networked all-flash or disk array.

The Whiptail array used little or no independent IP in hardware terms and its development didn’t keep its technology up with industry standards. Now it has been abandoned as a product by Cisco, which is out of the storage hardware game, relying instead on partnership deals with other suppliers. Will it get back in? There have been rumours about it buying Nutanix.

A Cisco spokesperson neither confirmed nor denied that the Invicta team had been laid off: “We have no updates to provide on this or any other areas of our business. In the event of an update to our markets, product portfolio or workforce, we would be committed to communicating with our employees and affected customers first and foremost."

“Digital disruption is happening fast, and companies need to change quickly. Cisco is no exception. As we prepare for the future, we are taking a balanced approach — focussing on building our culture and people, while responding to market and business needs in localised areas. This means regular, ongoing adjustments to our strategy in specific parts of the business. By building a best-in-class culture with a sensible approach to financial management and resourcing, Cisco can best help our customers solve their biggest business problems.”

Invicta all-flash products are for the moment still listed on Cisco’s website. ®