Even that Sudan stuff wasn’t actually a weapon 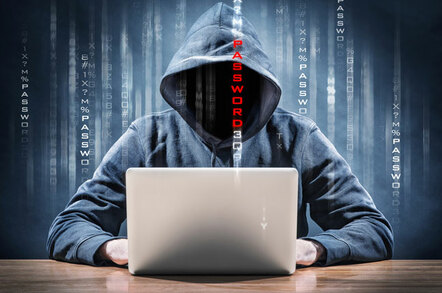 The Hacking Team pushed out a new statement on Wednesday, moaning that the only victim of the mega-breach against its systems is Hacking Team itself.

Eric Rabe, the firm's chief marketing and communications officer, complained that the controversial outfit is “being treated as the offender, and the criminals who attacked the company are not”.

“Commentators dislike the fact that strong tools are needed to fight crime and terrorism, and Hacking Team provides them,” Rabe said before going on to claim that the controversial Italian firm has “operated within the law, and all regulation at all times”.

The company complies with new regulation developed in 2014 and enacted in January 2015. Under this new regulation, Italy reviews all sales of Hacking Team technology in accordance with European Union and Wassenaar Arrangement requirements.

The sale of “weapons” have been banned to certain countries. Hacking Team technology has never been categorised as a weapon. At the time of the company’s only sale to Sudan in 2012, the HT technology was not classified as a weapon, arms or even dual use.

Rabe’s combative statement also argues that the “Hacking Team has not been involved in any program to use airborne drones, as has been reported” without denying the authenticity of leaked emails that exposed early stage feasibility discussions between Boeing subsidiary Insitu and Hacking Team to develop a drone-based Wi-Fi hacking spyware delivery platform as reported by El Reg and numerous other media outlets earlier this week.

“Had a media company been attacked as Hacking Team has been, the press would be outraged,” according to Rabe. The statement backs up earlier protestations that Hacking Team were on the side of angels, albeit deeply misunderstood.

Critics have not been short of ammunition to fire back at Hacking Team in contesting these complaints, and advancing the counterargument that HT is little short of a menace to internet security while its business conduct has been ethically and morally questionable.

Even before the breach of Hacking Team’s systems and the release of more than 400GB of code, internal documents and emails revealed that the firm used undisclosed software vulnerabilities to plant its spyware on vulnerable systems.

Three Hacking Team zero-day vulnerabilities in Adobe Flash, two in Microsoft Windows kernel, and one in IE have been exposed by the leak so far.

The leak also revealed that Hacking Team created a firmware backdoor that stayed on infected systems even after victims replaced their hard drives. Source code and other leaked data have facilitated the release of Hacking Team spyware detection tools by Rook and Facebook.

Sales of spyware tech to Sudan or Ethiopia, in particular, and its subsequent use in the latter case to track journalists in the US are difficult to justify morally.

Elsewhere, a Hacking Team-related spying scandal is unfolding in South Korea after an employee of South Korea's spy agency was found dead in his car with a will reportedly mentioning Hacking Team’s Remote Control System technology.

It’s known that South Korea was a client of Hacking Team but how it used this technology is beset by rival claims.

Government sources claimed it was used to hack suspected agents of Pyongyang outside the country while the main opposition party suspects it was used to spy of South Korea citizens, the South Korean Yonhap News Agency reports. ®

Promised prelim investigation should be out this week