Welcome to our Hell, computers 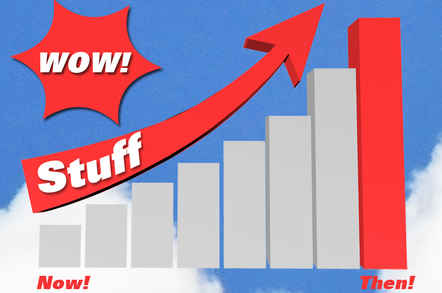 Artificial intelligence scientists have developed a neural-network that understands incomprehensible scrawled drawings of the sort created by children, marketing departments, architects, design creatives, and so on.

The academic developers of the "Sketch-a-Net" software proudly boast that their brainchild is actually better at working out the meaning of such primitive scrawls than normal humans.

“It’s exciting that our computer program can solve the task even better than humans can," enthuses Timothy Hospedales, a specialist in Neuroinformatics at Queen Mary's in London. "Sketches are an interesting area to study because they have been used since pre-historic times for communication and now, with the increase in use of touchscreens, they are becoming a much more common communication tool again."

Get me a child of three in here, I can't make head or tail of this

Sketch-a-Net is a so-called deep neural network, an application designed to simulate the way human brains work. We are told:

The program is capable of correctly identifying the subject of sketches 74.9 per cent of the time compared to humans that only managed a success rate of 73.1 per cent ... the program [also] performed better at determining finer details in sketches. For example, it was able to successfully distinguish the specific bird variants "seagull", "flying-bird", "standing-bird" and "pigeon" with 42.5 per cent accuracy compared to humans that only achieved 24.8 per cent.

Unfortunately it seems that Sketch-a-Net can't be applied retrospectively to such things as ancient cave art, finger paintings or similar. It seemingly achieves its improved results by exploiting the fact that it knows what order the lines in sketches were drawn, which means it is primarily suited to interpreting pictures scribbled on touchscreens, electronic whiteboards and similar devices.

Hospedales and his colleagues see such kit being used to carry out internet or database searches by means of sketch input (a boon for pornography searches, clearly) or to match mugshots or CCTV pics to portraits drawn by police artists.

It seems at least as likely, however, that it will be used by bemused executives to work out what in hell the guys from marketing were trying to convey in their last presentation, or engineers attempting to extract information from excitingly chunky imagery produced by architects or design departments.

The research is to be presented at the 26th British Machine Vision Conference on Tuesday 8 September 2015, and can be read in full here (PDF). ®

Get ready for a golden autumn of AI, machine learning... learning

Save big on your MCubed conference ticket now, then hit the beach happy