Reg top tip: Don't have the same name as someone else if you use Facebook's Instagram

Photo biz so sorry after viral storm over confiscated account 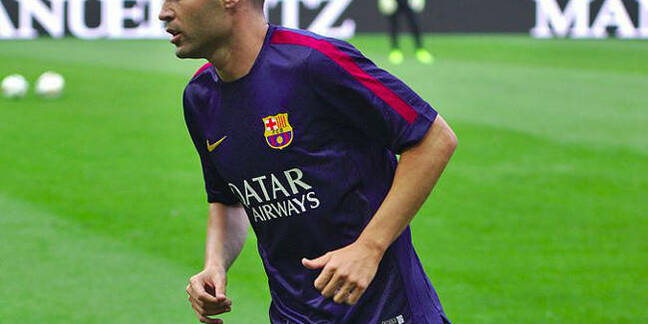 Andrés Iniesta, a Spanish man who is not a member of FC Barcelona, said that his account (ainiesta) was abruptly removed and linked to the account of the star athlete of the same name (andresiniesta8).

The non-famous Iniesta, who describes himself as "a father who likes to take pictures of his kids, yummy food and interesting buildings in Madrid" said that the trouble began four days ago when his account was disabled. He claims he contacted Instagram support but received no response.

After a few days, friends began notifying Iniesta that the account, now linked to the FC Barcelona midfielder, was following them. Again, (non-famous) Iniesta says he contacted Instagram with no response.

It was at this point Iniesta posted his plight to Medium, and from there the story went viral.

This, it seems, lead to swift action, as the account was soon restored. Iniesta also said he was contacted by the footballer's representatives, who said they had nothing to do with the account grab.

Facebook-owned Instagram, meanwhile, apologized to Iniesta, and said the takeover was just a mix-up on their part, with the account mistakenly being labeled as an "imposter" of the andresiniesta8 account.

The Register has asked Instagram to confirm the report. In the meantime, the ainiesta account appears to have been returned to its rightful owner and set to private.

"I like to consider [myself] a good person, so I accept the apology of Instagram. And I would like to apologize to Andrés Iniesta and MBD (the PR agency) about the confusion," the now-famous non-famous Andrés Iniesta wrote.

"I think if Instagram had responded in time all this could have been avoided." ®