Russian billionaire: GET me the ALIENS ON THE PHONE. Do it NOW 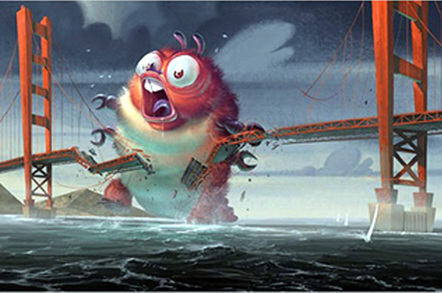 Humanity's quest to discover intelligent aliens resident in other star systems has received a big boost from well-known Russian biz overlord Yuri Milner, who has splashed $100m on the search with the endorsement of famous boffin Stephen Hawking.

A project he calls Breakthrough Listen will give SETI researchers access to the world's largest telescopes in hopes of picking up signals from other star systems. Despite theories suggesting thousands of potential extraterrestrial habitats for life along vaguely Earthly lines, any aliens that may exist have been giving Earth the silent treatment since serious search began in the 1960s.

Much of the cash pledged by Milner over the next 10 years will be used to secure observing time at the Robert C Byrd Green Bank Telescope in West Virginia and CSIRO's Parkes Telescope in New South Wales, Australia.

The rest will be split between acquiring equipment and hiring people. Milner has already assembled an impressive roll call of experts including the Astronomer Royal, Lord Martin Rees of Cambridge University, who will lead an advisory group; Peter Worden, former director of the NASA Ames Research Laboratory, home of the Kepler effort; and expert alien hunters Geoffrey Marcy and Dan Werthime from the University of California, Berkeley. ®