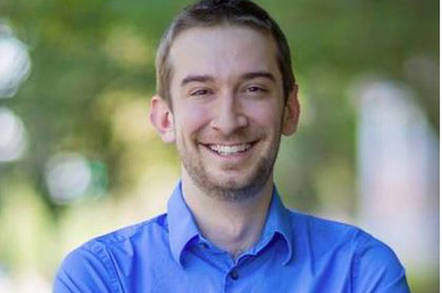 One of the cofounders of music-sharing site Grooveshark has died.

The Gainesville Sun newspaper reports that the body of Josh Greenberg was found in his bed Sunday by his girlfriend.

The cause of death has not yet been determined, though the report says drug use and foul play are not believed to be involved. Greenberg was 28 years old.

Josh Greenberg, co-founder of #Grooveshark was found dead in his Gainesville home Sunday evening. No evidence of foul play or suicide.

Greenberg, Sam Tarantino, and Andres Barreto launched the Grooveshark service in 2007 while attending the University of Florida in Gainesville. Grooveshark operated out of offices in Gainesville and New York City.

The website allowed users to upload and share song files among themselves for a small fee. The service was promptly sued by the major record labels for copyright infringement. A years-long battle between Grooveshark and the recording industry was waged over the legality of the service.

Grooveshark tried to remake itself as a fully legal and licensed service, but with the threat of a $750m lawsuit looming over its head, operations were formally shut down earlier this year.

While closing up operations, Grooveshark admitted to users that it "failed to secure licenses from rights holders for the vast amount of music on the service."

Greenberg's mother told the Gainesville Sun that he had not been distraught over the end of Grooveshark, but rather was relieved to have the legal wrangling over with so he could move on to other projects.

He is survived by his mother, grandparents, and a younger brother. ®