Child abuse banned, but being plain ol' offensive is all right 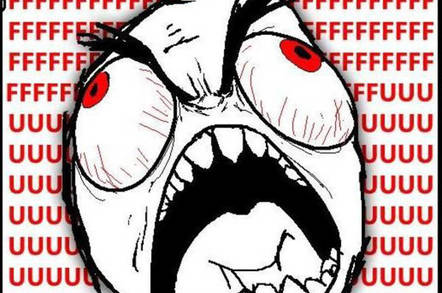 Freeloading commentblurt site Reddit is to implement a limited scrub-off of some of its more noxious communities - but others will stay.

Reddit CEO Steve Huffman said the message-board website he cofounded will crack down on harassment, threats, and posts that break the law.

Under the new regime, spam, child-abuse imagery, and posts leaking other people's personal information are not allowed, and will be removed. Volunteer moderators must take down posts that threaten violence, are sexually suggestive about minors, or bully or intimidate people into fleeing the website.

So this means, for example, that the infamous subreddit about raping women is toast because it encouraged perverts to rape, but racist forums can stay because they are merely offensive, according to Huffman.

This comes after Reddit – a website visited by 163 million people last month – was taken to task by netizens for allowing abhorrent discussions and a culture of misanthropy to thrive on some of its boards. Of course, there are countless subreddits filled with friendly, informative and respectful discussion, but to people on the outside, the unpleasant or outright illegal corners of Reddit are dire cesspits.

(The last time changes were made to the site – notably, the firing of a popular employee and the sudden banning of a fat-shaming subreddit – redditors rebelled, and drove out then-CEO Ellen Pao, who claimed the harassment she received "made me doubt humanity.")

Huffman said he didn't want to tell people what they could and couldn't chat about, but in recent years, as the site exploded into America's top 10 most visited websites, something had to give: things were getting out of hand, and someone had to police Reddit.

"As we grew, I became increasingly uncomfortable projecting my worldview on others. More practically, I didn’t have time to pass judgement on everything, so I decided to judge nothing," he said.

"So we entered a phase that can best be described as Don’t Ask, Don’t Tell. This worked temporarily, but once people started paying attention, few liked what they found. A handful of painful controversies usually resulted in the removal of a few communities, but with inconsistent reasoning and no real change in policy."

Now, the Reddit management is putting its foot down, and will delete some of the site's more "reprehensible" content. Perhaps, not coincidentally, this comes amid claims that Reddit's board of directors are eager to see the site cleaned up.

Earlier this week, former CEO Yishan Wong said as much when he told redditors that the wildly unpopular Pao was in fact one of the few advocates for keeping controversial subreddits active.

Redditors will still have plenty of wiggle room within the new rules. Huffman noted that, for example, while posting copyrighted material without permission is banned, talking about some illegal activities, such as drug use, is just fine. Also, Huffman noted (with some choice words of his own) that the "bullying" ban doesn't mean that arguing with others will be an automatic 86ing.

"It’s important to recognize that this is not about being annoying. You get into a heated conversation and tell someone to fuck off? No one cares," Huffman said.

"But if you follow them around for a week to tell them to fuck off, despite their moving on – or tell them you’re going to find and kill them, you're crossing a line and that's where we step in." ®