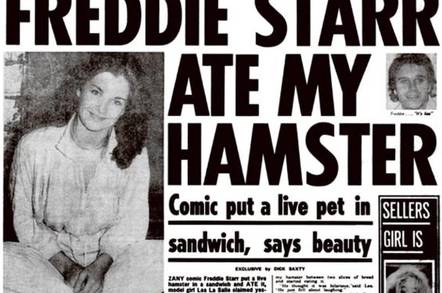 Linux kernel supremo Linus Torvalds has published a scathing open letter to Google's Gmail team after discovering that the service had incorrectly marked hundreds of his incoming email threads as spam – including ones containing kernel patches.

"Something you did recently has been an unmitigated disaster," Torvalds wrote in post to his Google+ page on Friday. In a later update to his post, he added that after going over some 3,000 email threads in his spam box, he had to manually mark 1,190 threads as "not spam."

Finnish-American firebrand Torvalds pretty much coordinates Linux kernel development entirely via email to and from his herd of developers, so losing messages is a disaster for him.

Ironically perhaps, it was only last week that the Gmail team blogged that its spam filter's rate of false positives is down to less than 0.05 per cent.

In his post, Torvalds said his own experience belies that claim, and that around 30 per cent of the mail in his spam box turned out not to be spam.

"It's actually at the point where I'm noticing missing messages in the email conversations I see, because Gmail has been marking emails in the middle of the conversation as spam. Things that people replied to and that contained patches and problem descriptions," Torvalds wrote.

He added that it seems as though the spam filter is generally inclined to mark mailing list messages as spam – and Torvalds, not surprisingly, subscribes to a lot of mailing lists.

The Linux main man said the problem appears to be a recent development, as his Linux Kernel Mailing List messages only started getting market as spam beginning on July 13.

"The problem really is that clear, that I can tell pretty much when it started," he wrote.

In its post last week, the Gmail team said it is bringing the same machine learning technology it developed for Google Search and Google Now to bear on Gmail's spam filter, including using an "artificial neural network" to detect and block the sneakiest spam. Unfortunately, that apparently includes mail from Linux kernel developers.

At press time, Google had not responded to The Register's request for comment. Torvalds, on the other hand, did have some advice for the Chocolate Factory's mail wranglers.

"You dun goofed," he wrote. "Badly. Get your shit together, because a 20 per cent error rate for spam detection is making your spam filter useless." ®