Yes, door software - like on the Heart of Gold, presumably 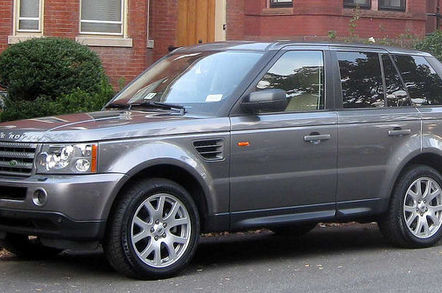 Jaguar Land Rover is recalling no less than 65,000 of its SUVs due to a software problem that caused the cars' doors to unlock themselves - potentially while in motion.

The issue, which potentially creates a heightened theft-by-hijack risk, affects Range Rover and Range Rover Sport vehicles sold in the UK over the last two years, the BBC reports. The flaw means that doors can remain unlatched even when in the “closed” position so that they can open while the car is in motion, Automotive News explains.

The recall follows recent reports that car thieves were targeting Range Rovers and BMW X5s using readily obtainable black box kit that made it straightforward to unlock and start cars that relied on keyless ignition systems.

“The recall is sensible. It’s positive to see automotive firms taking the proper steps to address evolving criminal threats. Vehicle crime, like so many other things, is going digital.

"The challenge is that systems are now getting connected that were not originally designed for that purpose. There is a need to carefully test vehicles, identify possible vulnerabilities and fix them before criminals exploit them. We believe there’s a need to adopt established methods from the IT industry, like ethical hacking, for connected cars,” he added.

BT launched a programme for the ethical hacking of vehicles back in April.

More security-focused commentary on the Range Rover recall can be found in a post by security watcher Lee Munson on BH Consulting's blog here.

Earlier this month Ford was obliged to recall more than 400,000 cars in North America to fix an unrelated software bug that meant engines would sometimes keep running even after drivers pulled out the ignition key. Experts predict problems of this type will become more commonplace as cars rely more and more heavily on digital technology. ®