Latest thing for sale in the Windows Store: internet access 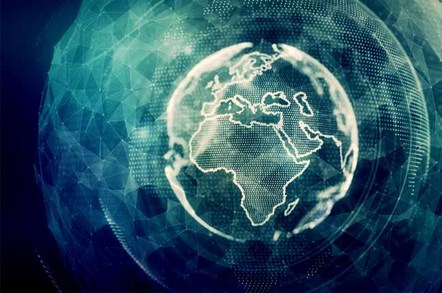 Microsoft has shipped another preview build of Windows 10 to the Windows Insider program's Fast release ring – the fourth in two weeks – but the single new feature is access to a paid Wi-Fi service that is only available to a small fraction of testers.

"We're getting close to release now," Windows 10 ambassador Gabe Aul said in a Thursday blog post. And it must be true, because Aul admitted the changes in Build 10166 are little more than "bug fixing and fit-and-finish."

The one thing that is new is that Microsoft has started switching on its Microsoft Wi-Fi service, a new feature that will be built into Windows 10. El Reg has heard rumors of such a service and we spotted the Microsoft Wi-Fi app in a previous build, but now we have a little more information – and apparently the app now even works for a lucky few.

According to the app's onboard FAQ:

Microsoft Wi-Fi is a service that provides paid Internet access at popular Wi-Fi locations, such as hotels, airports, and conference centers. As long as you're in the country where you bought Microsoft Wi-Fi, you can get connected at any location that's part of our network.

Here's how it works. In Windows 10, when select the Wi-Fi icon from the Taskbar to choose a wireless network and there's a Microsoft Wi-Fi hotspot in range, Microsoft Wi-Fi will show up in the list of networks with a note below it saying, "Buy Wi-Fi from the Windows Store."

No details on plans or pricing are available yet. What we do know is that this will strictly be a prepaid service with no contracts or recurring fees. You'll also be able to buy service of varying durations, as the FAQ explains:

Your time starts right after you buy a Microsoft Wi-Fi plan through the Windows Store and ends at the specified time. For example, if you buy a two-hour plan, your time will end two hours later, regardless of how long you're actually connected to Microsoft Wi-Fi. You can't save time for later.

You also can't transfer your Microsoft Wi-Fi time to another device; you can only use it on the device you bought it from. And so far, it looks like only Windows 10 devices will be eligible.

That leaves out all of Asia, and also notably absent are such large but developing markets as Brazil, India, and Russia.

And in strict point of fact, the only Microsoft Wi-Fi hotspots that are live right now are in Seattle. Any Reg readers in the area who have Windows 10 on their laptops are invited to tell us all about it.

It's not clear when the service will actually go global, either. Aul said "it'll soon open up to the rest of the US," but nothing about other markets.

Other than that, there's not much to write home about this build. What's more, you'll need to be a Windows Insider on the Fast release ring to get it, because the current ISOs are only on Build 10162. ®