Everybody went backwards – some by 20 per cent – during Q2 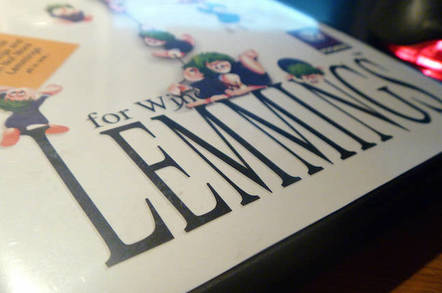 The PC market had a horror second quarter, according to new data from analyst outfits Gartner and IDC.

Gartner's blaming Windows 10 for the slowdown: the firm reckons buyers are holding on to their cash before the OS drops, in order to buy machines with Microsoft's new baby pre-installed. Others are holding off because the US dollars surge has enfeebled local currencies and pushed up PC prices. Principal analyst Mikako Kitagawa therefore reckons 2015 is a blip and that slow and steady growth will return by 2016.

Let's hope she's right because Gartner's tale of the tape, the table below, looks ugly.

Things are bad all over the world. Gartner says US sales were off 5.8 per cent, at just over 15 million units. EMEA racked up 18.6 million machines pushed into the channel, down 15.7 per cent, while the Asia-Pacific clocked 24.2 million units moved and a 2.9 per cent dip.

There's the odd spot of sunshine in Gartner's numbers, as Lenovo and Dell can at least point to increased market share. Dell can say it had the lowest rate of retreat. HP can try to make something of the fact this is the first time it has gone backwards, in terms of shipments, in five quarters.

And Lenovo can still chant “We're number one.”

Top 5 Vendors, Worldwide PC Shipments, Market Share, and Year-Over-Year Growth for the Second Quarter of 2015 (Preliminary)  (Shipments are in thousands of units)

IDC's take on things is that Q2, 2014 saw a bump in PC shipments thanks to Windows XP's demise. Throw in the pre-Windows-10 pause and we've got this nasty quarter to contemplate.

The firm also identified one PC-maker doing well, with growth of 16.1 per cent globally. That vendor? Apple, which IDC says "may be benefitting from some of the uncertainty around the launch of Windows 10, along with refreshed products like the 12-inch MacBook and a relative concentration of shipments in the U.S."

Both firms say their numbers are their first guess and they'll polish them up and release final analyses soon. ®