Emergency-service comms omnishambles worsens as HP dives for the door

Two of three deals now have only one bidder. DOOM 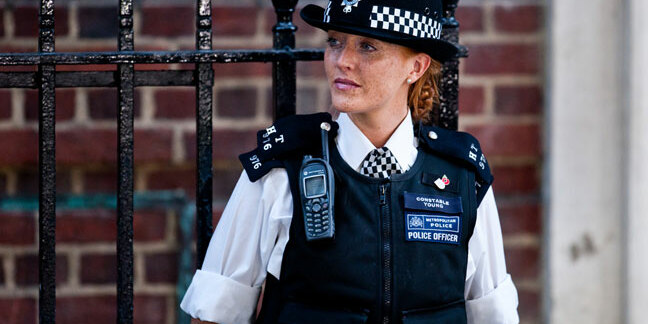 Things have gone from worse to even worse for the Government’s attempts to replace the ageing emergency-services network, as HP has withdrawn its bid.

HP has followed Telefonica in deciding that the terms of the deal were too onerous and deciding it didn’t want to be part of Emergency Services Mobile Communications Programme (ESMCP).

The plan was to cut the cost of providing telecommunications to the blue-light services in the UK by replacing Airwave - which runs all aspects of the current network - with a new contract broken down into four lots, Delivery Partner, user services, mobile services, and “extension to mobile services”.

In January it was decided that mobile coverage in the UK was so good (and the networks were going to make it even better) that there was no need for the fourth lot.

While the existing Airwave contracts start running out this September the plan to replace them has slipped to 2017, and even then timescales look tight. Airwave had eighteen months of testing before it launched. HP told The Register that concern over timescales was one of the factors in the decision to withdraw.

On the three remaining lots there are four bidders for Delivery: Atkins, KBR, Lockheed Martin and Mott MacDonald but now only one bidder for each of user services and mobile services – Motorola and EE respectively.

While the Home Office dresses this up as six bidders for three lots, a competition with only one competitor isn’t much of a competition.

While disappointed at HP's decsion to withdraw from the approval process the Home Office reiterated its position, telling El Reg:

The Emergency Services Mobile Communications Programme (ESMCP) is designed to attract the best tenders to establish a more effective, flexible and affordable network for the UK's police, fire and ambulance services.

There are six strong bidders competing for the main contracts. We have received their best and final offers and hope to sign contracts later this year.

The Home Office has consistently said that any best and final offer that does not meet the needs of the emergency services and represent value for money for the taxpayer will not be accepted. With bidders pulling out and huge reservations remaining over the 4G specifications being capable of delivering the feature set the emergency services need, it seems increasingly likely that our prediction will come true: the ESMCP will be scrapped and a dual-mode TETRA/4G solution will replace the current Airwave system. ®

Motorola buys firm, tells it to put down the lawyers