I cannae dae it, cap'n! Why I had to quit the madness of frontline IT 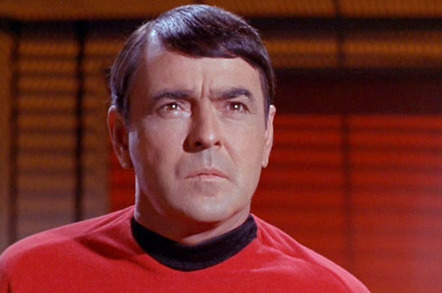 Sysadmin blog It took a massive hack attack against the United States government resulting in the theft of up to 14 million 21.5 million records to make me realise why I want to quit working in IT. Over the past year I've significantly drawn down my involvement in day-to-day IT operations, and I'm much happier for it.

The US Office of Personnel Management (OPM) was utterly pwned. Highly sensitive data that will probably have very real world national security implications for the US was taken.

The head of the OPM, Katherine Archuleta, was pan-fried by a committee of politicians, and she'll be worked over repeatedly by many more groups of angry, incompetent, grandstanding asshats before this is done.

Katherine Archuleta is living my nightmare.

I don't know how much of this problem is Archuleta's fault. I don't know how much is the fault of the various sysadmins. I suspect – though I have no proof – that there were rather a lot of mistakes made. I also suspect – and there's some proof for this – the OPM's IT efforts were spectacularly underfunded for the task to hand.

It's very likely that that the heat Archuleta is taking will be magnified as though through a lens and used to leave scorching wreckage where her IT team used to be. I'm a great believer in the pass-along theory of aggravation.

I'm just confident (read: arrogant) enough in my skills that my initial reaction upon reading the news is to think: "Were I the nerd in charge of the OPM this never would have happened." I am experienced enough to know that's probably complete bullshit.

The OPM hack was inevitable. It wasn't the first, it sure as fnord won't be the last, and everyone is to blame.

If you gave me the right resources, I could defend the OPM. Hell, with the right resources I am confident I could defend any network on the planet. Name a threat, I can architect you a solution. One that includes prevention, detection, mitigation and incident response. I could point you at a dozen sysadmins in a dozen countries who could do the same, and I am absolutely, 100 per cent confident that if you don't hamstring them they'll build you the best network mankind knows how to build.

The problem is, building the right network with adequate resources provided to do so is easy. Well, yes and no. It's actually spectacularly hard and requires a deep understanding of so many different specialities of IT that no one on Earth can possibly be an expert in all of them. So it requires enough knowledge in all of these areas to call bullshit on "experts" as well as the humility to ask (and listen to) their advice in the first place.

Defending a network is not a matter of implementing technologies; it requires leadership. Motivating groups of nerds, holding a large, complex design in your mind and ensuring that you can trust the construction of individual components to different individuals or groups. It requires paranoia, dedication, love of the craft and the ability and willingness to keep learning about new technologies (and threats) until the day you retire.

It takes all that to defend a network and I still say that's the easy part. It's easy for me. I know lots of folks I'd trust to get it right and it would be easy enough for them. Maybe it's not quite for everyone, but the skillset to do the above is common enough.

What's hard – and what drove me from the coalface – is the interface between that world of technology and nerds and everything else.

Next page: Resources, give me resources!
Page:
Tips and corrections
140 Comments