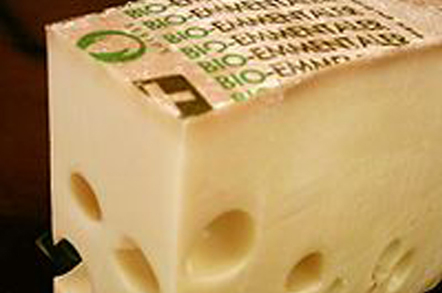 Vodafone is testing the Ericsson Radio Dot system as part of a push to improve in-building coverage. Aimed at big buildings with lots of mobile phone users, the technology uses CAT 5 Ethernet to connect small antennae throughout the premises, with the radio access network gubbins in a central location.

Its proponents claim it can provide better connectivity at a lower cost than other options.

Handover between in-building small cells – or worse, Wi-Fi Calling – and the 4G mobile data network is technically more challenging than other technologies, due to the different radio frequencies and protocols in use.

With the move to 4G voice (VoLTE) this becomes more important and Vodafone is keen to improve signal quality for video streaming.

The trials use Vodafone’s 800MHz spectrum, which travels further and penetrates better through walls than other 4G signals.

Vodafone UK chief technology officer, Jorge Fernandes, said: “With 70 per cent of customers using their mobile device mostly indoors, we want to eradicate the frustration of losing a conference call or video streaming session when moving throughout a business park or leaving a music venue."

“Through our work with the world’s leading equipment and network experts, such as Ericsson, we are taking a big step towards achieving that goal through this trial, the first of its kind in the UK," he added.

Vodafone will test different office deployments and scenarios with the view of trialling the Ericsson 4G Radio Dot system with corporate customers at a later date.

It is particularly well-suited to companies which have a good Ethernet backbone and conduits in the building, but don’t want to damage anything by having to do an additional network install.

While it can be pretty sure that most people in a Vodafone office will have a Vodafone phone, the same can't be said of public environments, so the company will work with other networks to support their radio frequencies, and then ship the calls off to them separately.

There are established precedents for this RAN (Radio Access Network) sharing, which the UK mobile networks are prepared to do to improve indoor coverage. ®