Sorry, say boffins, the LHC still hasn't sucked us into a black hole

Apocalyptics sigh and hope something shows up 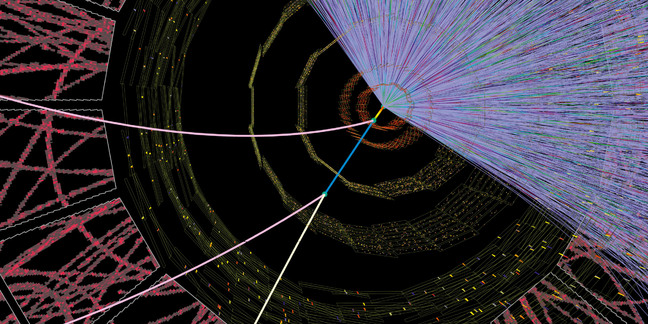 The Large Hadron Collider (LHC) has still failed to produce microscopic black holes, according to a new analysis of data from the Compact Muon Solenoid (CMS) collaboration.

The idea, beloved of theoretical physicists, lawyers, and cranks others, is that collisions even down to the Tera-electron-volt (TeV) scale could produce microscopic black holes.

If they did pop up, it would be more than a curiosity: it would provide empirical support hitherto lacking for the notion that there are extra dimensions we haven't seen before. This, in turn, would give scientists a new angle for investigating the nature of gravity.

What the paper does offer is a lower boundary for micro black hole formation. If the black hole decays into Standard Model particles, Hou's group reckons they can't form at mass less than 5.2 -6.5 TeV; if the decay leaves a remnant black hole after decay, the mass can't be lower than 2.2-3.4 TeV.

To get those values, the group first ran computer models of how black holes should form in LHC collisions, if they form at all; and compared the simulation data with experimental data from the CMS collaboration.

Black holes aren't ruled out yet, though: “The predicted lower limits constrain the ADD [additional dimensions – editor] model but do not exclude it”, the researchers write. ®