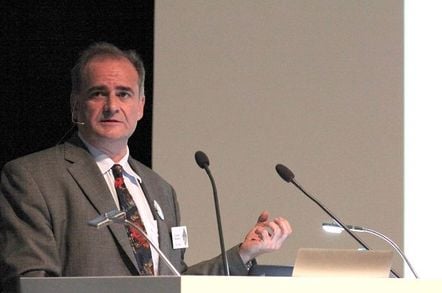 Bowden was a popular titan of privacy advocacy, and was one of Microsoft's leading privacy officers throughout his roles at the company between 2002 and 2011.

While at Microsoft Bowden expressed concerns that the 2008 FISA Amendment Act allowed the NSA to conduct "unlimited surveillance".

He had left the company and gone public with his concerns for two years before the revelations made by NSA whistleblower Edward Snowden – though he acknowledged he had "no idea" about PRISM.

Journalists, researchers, and activists alike are using Twitter to pay tribute to a man who was keen user of the platform, and as generous with his time as he was passionate about privacy.

Bowden regularly gave talks about privacy and also testified at the European Parliament following the publication of his report (PDF) into US surveillance programs and their impact upon European citizens' privacy.

Gus Hosein of Privacy International told The Register that Caspar Bowden "was a fervent believer in privacy, and technology's role in creating and ensuring it. He hacked legislation to see what it was that governments were trying to do and called them on it, was then labelled paranoid, until proven right down the road. He foresaw Tempora, Prism."

"I'm gutted we will be without him in the coming debates over the Investigatory Powers Bill,” continued Hosein. “He would have been the intellectual powerhouse and a forceful critic of all who fell short in the defense of privacy."

Alexander Hanff, who also met Caspar Bowden while working at Privacy International and is now CEO at Think Privacy, noted that Bowden was “more interested in fighting the issues than who he might upset along the way – it made him a controversial figure but his intelligence, commitment and knowledge were without question.”

Hanff added: "I will miss him, civil society will miss him and his passing is a grave loss to the global fight against mass surveillance." ®

Roundup Plus: How SEC's IT staff begged for more cash