Flying pension scheme dips toe in the water – but nothing else 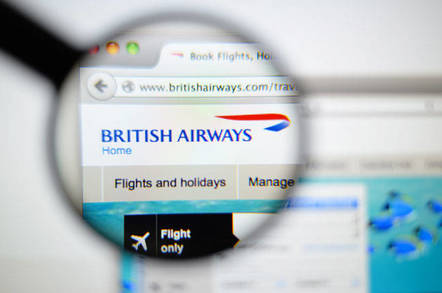 British Airways is giving developers tentative access to small amounts of its data, launching a scheme to open up some of its APIs.

It’s very much a proof-of-concept situation, rather than a serious production effort, but a move forward none the less.

The developer.ba.com site isn’t new – but until yesterday it was only possible to connect to BA APIs to provide information (lowest prices, flight status etc).

BA now has APIs that enable shopping, specific flight pricing and creation of orders, opening a wide range of new possibilities for developers. BA is aiming at both web and mobile developers.

There are three categories of XML API: Air Shopping, which will allow users to search for availability and pricing; Flight Price, which validates a price quote and provides payment options; and Order and Create, which completes the booking, accepts payments and issues the ticket.

Developers can register at developer.ba.com to take part in the trial, subject to approval.

“British Airways is proud to be one of the first airlines to take part in this game-changing collaborative initiative led by IATA (International Air Transport Association)," said Ian Luck, distribution strategy manager at British Airways. “These APIs encourage new entrants by lowering the barriers to entry and developing new and exciting selling channels."

During 2015, the airline will add the ability to see a seat map, reserve a favourite seat, and arrange for additional baggage. This content will be made available from British Airways directly, via its NDC service providers and through the existing GDSs, subject to development.

British Airways told The Register: “We have no plans to charge for direct access to the APIs at the moment. However, if and when a developer goes into production using our APIs and British Airways content, then obviously we will consider going into a commercial agreement that works for all parties involved.” ®