Those OpenSSH bugs aren't going to patch themselves 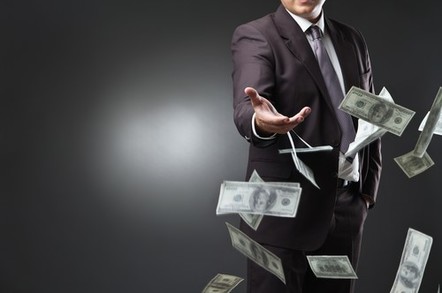 Microsoft has handed a pile of money to the OpenBSD Foundation, becoming its first-ever Gold level contributor in the process.

"This donation is in recognition of the role of the Foundation in supporting the OpenSSH project," the Foundation said via a post to the OpenBSD Journal website on Tuesday.

The exact amount of the donation was not disclosed, but to reach the Gold level – a distinction that was introduced for the Foundation's 2015 funding drive – a contributor has to give between $25,000 and $50,000.

It is ironic, perhaps, that the announcement comes just as Microsoft has said that it plans to axe around 7,800 of its own employees as part of CEO Satya Nadella's latest austerity measures.

By comparison, Facebook and Google have each donated to the Foundation at the Silver level, which means they've given between $10,000 and $25,000 apiece.

There is also a Platinum level for those who want to donate up to $100,000, and if you're willing to give more than that you'll reach the Iridium level – but nobody enjoys either status so far.

For its 2015 funding round, the OpenBSD Foundation is seeking to raise $200,000, so Microsoft's donation alone has brought it at least 10 per cent closer to its goal.

Redmond's move comes on the heels of an announcement by the Windows PowerShell team in June that it would add SSH support to its command-line shell and that it planned to support and contribute to the OpenSSH community.

The Foundation has received a total of $125,000 for the year so far, which means it's on its way to reaching its funding goal by the end of December (but only just)

If it doesn't make it, it won't be the first time. In January 2014, it was saved from the brink of disaster by a last-minute crowdfunding round that raised around $100,000 dollars. At the time, the Foundation was $20,000 in arrears on its data center bills. ®