My god, it's full of holes! (So watch your step) 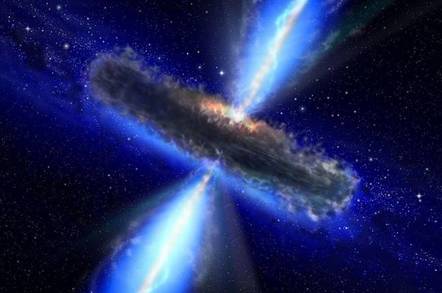 The only natural hole bigger than my mother in law's mouth

Crucially, the findings indicate that there many more holes dotted around the universe than first thought. 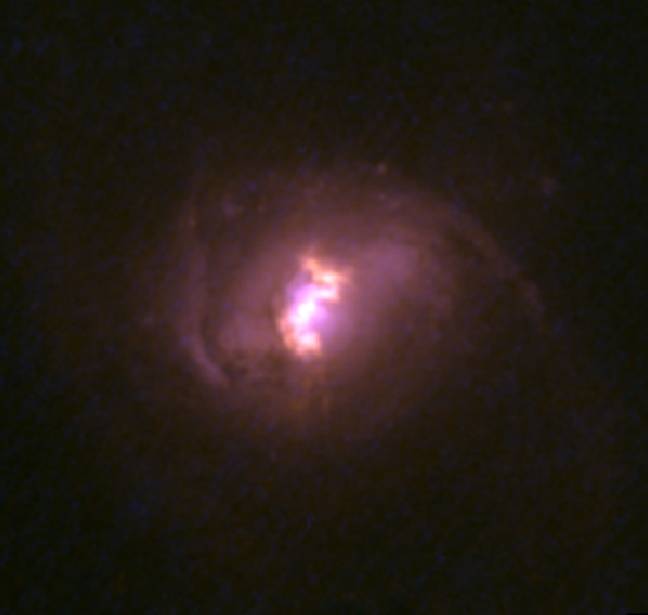 One of the black holes spotted by Durham astroboffins

The data, presented on Monday at the Royal Astronomical Society's National Astronomy Meeting in Wales by George Lansbury from the Centre for Extragalactic Astronomy at Durham University, showed that five supermassive black holes have now been identified at the center of their galaxies millions of light years away.

"For a long time we have known about supermassive black holes that are not obscured by dust and gas, but we suspected that many more were hidden from our view. Thanks to NuSTAR for the first time we have been able to clearly see these hidden monsters that are predicted to be there, but have previously been elusive because of their 'buried' state," Lansbury said.

"Although we have only detected five of these hidden supermassive black holes, when we extrapolate our results across the whole Universe then the predicted numbers are huge and in agreement with what we would expect to see."

Current astronomical thinking is that a supermassive black hole resides at the heart of every galaxy in the universe, but spotting them through the dense clouds of dust, stars, and planetary matter can be a major problem.

It was just this conundrum that NuSTAR was designed to solve. The instrument consists of two telescopes held 10.15 meters (33.3 ft) apart by a lightweight extendable arm, which was used by astronauts on the International Space Station.

The lightweight design meant that when the instrument was launched in 2012 it didn’t need a traditional rocket system for launch. Instead Orbital Sciences delivered the payload on one of its Pegasus rockets, which is slung underneath a Lockheed L-1011, taken up to 40,000 feet, and launched at altitude to eliminate the need for a costly first stage booster.

"High-energy X-rays are more penetrating than low-energy X-rays, so we can see deeper into the gas burying the black holes," said Daniel Stern, the project scientist for NuSTAR at NASA's Jet Propulsion Laboratory. "NuSTAR allows us to see how big the hidden monsters are and is helping us learn why only some black holes appear obscured."

The Durham astroboffins have been using the NuSTAR data for their findings, but NASA also hopes to use the platform to analyze supernovae as soon as they appear. The NuSTAR team is on constant alert for indications of these titanic explosions and can reconfigure the telescope to look into them within an hour's notice.

The latest findings from Lansbury and his team have been accepted for publication in The Astrophysical Journal. They will now use NuSTAR to look for more supermassive black holes posited to be in position at the heart of other galaxies. ®