Things will be clearer next week at the Mobile World Congress, hopefully 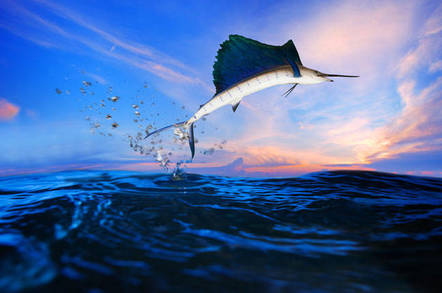 Hardware and software outfit Jolla is to give up making hardware, with that part of the business set to be taken on by a new, yet-to-be-announced company, with Jolla then concentrating on its Sailfish OS.

Juhani Lassila, head of communications at Jolla, said: “We are definitely confident in the [yet-to-exist] hardware company," claiming that the existing devices – a shipping phone and a late-to-ship, Indiegogo-funded tablet – were “spearhead” projects and it was now time to hand the hardware business over to others.

Jolla has no licensees, but Lassila told us that the company will be saying more about the progress of the licence business next week, at Mobile World Congress, in Shanghai.

He was not prepared to say outright that the company will announce any licensees at the event.

Russian manufacturer Yota has denied reports that it is dropping Android for Sailfish. But Jolla hints that it’s a target, saying of the Shanghai shindig: “This is a key event for us and a right place to show what we have achieved during the last few months, in particular in India and Russia.”

Lassila told The Register that he expects to see hardware from some other licensees by the end of the year, which given the usual production cycle for a new phone means they must have been working on it for three to six months. It therefore seems odd that no agreement has been announced.

In the new Jolla company structure, according to a statement: “Dr Antti Saarnio, chairman of board of Jolla Ltd. takes charge of leading Jolla Ltd. Dr Tomi Pienimäki, former CEO, has been appointed to a new position outside the company, in which he will move during August. A new leader for the Jolla devices business will be appointed during this autumn.”

A tablet device was slated to ship in May, but has yet to reach customers. “The software (Sailfish OS) part of the work is in good shape, but we have been slowed down by supply issues of certain hardware components. We expect to solve this issue very soon,” said Saarnio.

When we asked Jolla how many phones it had shipped at Mobile World Congress in March, we were told that the number was “commercially sensitive”.

The move for Jolla from a hardware and OS business to just an OS business has shades of the time when Steve Jobs’ NeXT computers made the same move. Despite having licensees, NeXT failed. ®