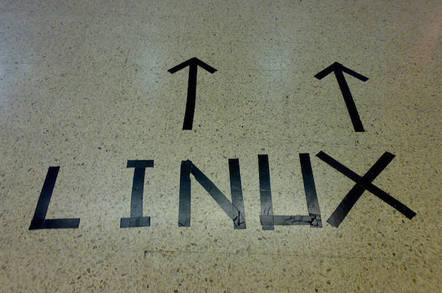 Linus Torvalds has loosed Linux 4.2-rc1 upon a waiting world, and rates it the biggest release candidate ever in terms of the volume of new code it contains.

The Linux Lord writes that “if you count the size in pure number of lines changed, this really seems to be the biggest rc we've ever had, with over a million lines added (and about a quarter million removed).”

Most of those new lines of code come from “the new amd gpu register description header”, code that Torvalds says comprises “41 per cent of the entire patch” and has created a “... somewhat odd situation where a single driver is about half of the whole rc1 in number of lines.”

Torvalds says 4.2rc1 knocks off the previous “champion”, 3.11rc1, which grew because it added the Lustre filesystem.

Also new to version 4.2 are the Renesas H8/300 architecture, “in a newly cleaned-up form” and “quite a bit of low-level x86 changes: both source code re-organization for x86 entry code and lots of FPU handling cleanups.”

Torvalds rates the x86 injections as “fairly unusual” because “low-level x86 code being fairly stable and seldom seeing those kinds of big changes.”

“Outside of the 'drivers and architectures', there's a fair amount of filesystem stuff, including some fundamental changes and cleanups to symlink handling by Al,” Torvalds concludes. “And all the usual updates to various filesystems, networking, crypto, tools, testing, you name it.” ®