Will a million hotdogs be going the other way? Probably not 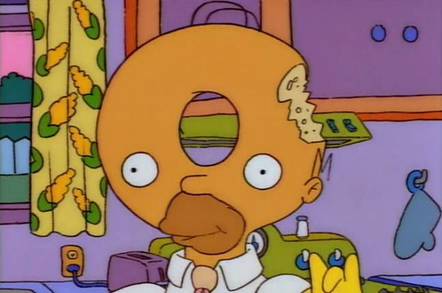 Some bright spark in the United States of America, as much a culinary home to the doughnut as it is a technological home to mass surveillance, has sent an order to a French baker for 1,000,000 samples of the fried confectionery.

According to Le Figaro, a client of the baker in Las Vegas told a friend in Los Angeles that he quite enjoyed the work of baker Berlidon.

The Californian subsequently ordered one million glazed rings from the boulanger industriel.

Berlidon is now boasting, in a very unnatural stance for a nation so typically modest about its infamously poor cuisine, a record order from les Yankees.

Attempting to explaining his theory for the popularity of Berlidon's deep-fried wonders, the firm's general manager Luc Jeanierre told Le Figaro, as translated by The Local, that "In the United States there are not many industrial bakeries like ours."

"In addition," he added, bizarrely, "we offer a smaller-than-standard sized doughnut purposefully geared towards the American market."

There is no information about how the baker is going to deliver its doughnuts to les États-Unis.. ®