If you thought that British TV drama was getting cheaper and there was less of it, Ofcom has just confirmed your hunch.

In fact, in one of three scenarios Ofcom paints, PSBs could become completely irrelevant.

The review didn't pry into the funding or the organisation of the BBC, the biggest of the PSBs. That's a matter for the Charter Review, it says.

But it appears likely that Ofcom will end up regulating the BBC, instead of the New Labour-era BBC Trust.

Ofcom reports that UK broadcasters spend a fortune on original material, which is good for the UK economy, creating thousands of jobs. But that number has declined since its peak in 2004, when around £3.3bn was spent on programmes.

Since then the spending has fallen by some 15 per cent to £2.4bn in the following six years. Since 2008, the number of hours of original programming has fallen four per cent, to 32,000 hours last year.

Original programming is defined as UK-first run material. The BBC accounts for just over half of this.

Newcomers such as Amazon and Netflix have started to invest in original material, but it's mostly not UK specific and doesn't match the PSB spending. In addition, Ofcom notes, it focuses on a few hours of expensive drama.

Ofcom is not so concerned by this, because the cost of making TV has fallen by less than the rate of inflation (doubles, not trebles all round?). It does doubt the savings can continue at the same rate. 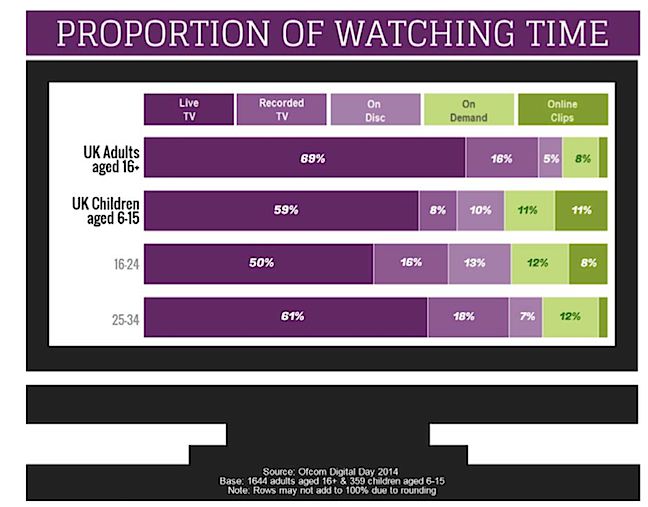 How we watch TV

Next page: Thinking of the children
Page:
Tips and corrections
112 Comments