Mobe firm tinkers a bit and promises to do better 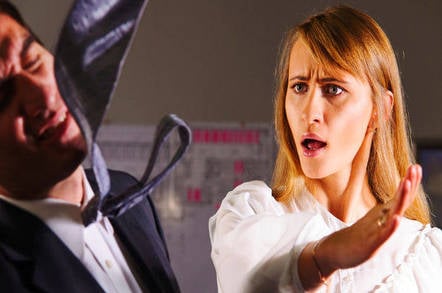 Ofcom has whacked EE with a £1m fine for failing to comply with the regulator's rules on handling customer complaints.

Between July 2011 to 8 April 2014 EE did not provide certain customers with accurate information about their rights to use an alternative dispute resolution (ADR) scheme.

The company also failed to inform its customers they could use its ADR scheme for free, said Ofcom. EE has since amended its complaints code and ADR blurb.

According to a separate survey from Ofcom this week, EE generated the most complaints for its broadband and mobile phone service as a proportion of its customer base during the first quarter of 2015.

"The fine imposed against EE takes account of the serious failings that occurred in the company’s complaints handling, and the extended period over which these took place.”

An EE spokesman noted the fine relates to its "historic" complaints handling performance.

"While this in no way excuses it, it is important to note that we identified issues in our complaints handling and began our programme to tackle these problems head on in 2013, before Ofcom started its investigation. We have made considerable improvements since then."

He added that complaints to Ofcom about EE have fallen by 50 per cent in the past year.

EE saw £1.5bn in revenue for the first three months of 2015, so Ofcom's fine isn't likely to leave it out of pocket.®