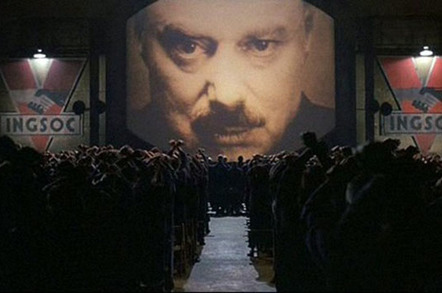 The British government has admitted that its spook agency GCHQ spied on Amnesty International, according to campaigners at the human rights group.

Amnesty said on Wednesday that it had received an email from the Investigatory Powers Tribunal (IPT) – the organization responsible for policing the UK's surveillance of its own citizens – revealing that the government intercepted, accessed and stored its communications for an unspecified period of time.

"How can we be expected to carry out our crucial work around the world if human rights defenders and victims of abuses can now credibly believe their confidential correspondence with us is likely to end up in the hands of governments," said Salil Shetty, Amnesty International's secretary general.

"The revelation that the UK government has been spying on Amnesty International highlights the gross inadequacies in the UK's surveillance legislation. If they hadn't stored our communications for longer than they were allowed to, we would never even have known. What's worse, this would have been considered perfectly lawful."

Last month the IPT ruled that the UK government had illegally spied on two foreign human rights organizations in breach of Article 8, under the European Convention on Human Rights – a convention the UK's Conservative government is trying to withdraw from. It also passed new laws in May to legitimise domestic surveillance.

But an email sent to Amnesty revealed that it, too, was subject to government snooping, although it didn't say what information had been obtained, who it had been shared with, nor for how long the spying went on.

"After 18 months of litigation and all the denials and subterfuge that entailed, we now have confirmation that we were in fact subjected to UK government mass surveillance," Shetty said. "It's outrageous that what has been often presented as being the domain of despotic rulers has been occurring on British soil, by the British government."

The IPT was set up as part of the Regulation of Investigatory Powers Act (RIPA), which was passed by the government of self-proclaimed technology know-nothing Tony Blair in 2000 as a bulwark against terrorism.

Since then it has been used by councils to monitor parents and make sure they live in the right catchment area for certain schools, by police to spy on journalists investigating cases of malpractice by law enforcement, and to find out facts for organized criminals using corrupt police officers.

There is now considerable pressure on the UK government to reform RIPA, but given that David Cameron's government has a stated aim of banning encryption for ordinary citizens (while gutting freedom of information legislation to maintain its own privacy), don't hold your breath. ®