Lobbynomics: The EU’s digital dossier that doesn't add up 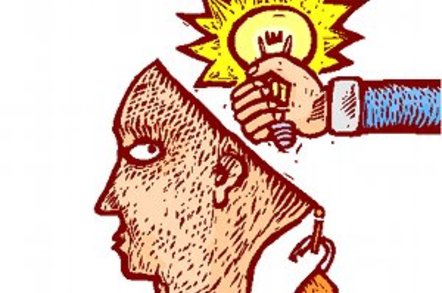 Analysis A key pillar of the EU’s “Digital Single Market” strategy has systemic flaws and EU officials should stop using it, say researchers who analysed the dossier.

But it is “a showcase of methodological blunder”, according to an analysis by George Ford, chief economist at pro bono US think tank the Phoenix Center, a professor at Samford University in Alabama, and a former FCC economist.

However, the spat is about more than just two think tanks squabbling over a comb.

The Lisbon Council document forms an “evidence base” for IP reform and has been quoted by EU officials looking to weaken creators’ rights. For example, it’s a key document cited by the European Parliament’s legal affairs group (pdf). Bearing in mind that anyone can prove anything with “evidence”, let’s take a look at Lisbon’s supposed flaws.

The purpose of Gibert’s Lisbon Council document is to show that if you weaken copyright incentives an economic benefit will result. How?

Economies that make wider exceptions to copyright have seen more growth, Gibert argues, who also claims that weaker copyright means more IT sector growth. Gibert examined eight regimes, giving them scores for copyright “flexibility”, after which he claims to have found a “strong correlation” between weak IP and stronger growth.

You need to look at the small print - Phoenix’s Ford adds - to discover some anomalies. While Gibert warns that his methods cannot be used to “attribute causality”, he does so anyway. In fact, a dispassionate use of the data reveals that the report found a statistically significant result in fewer than five per cent of the 462 tests it conducted on the economic data.

So, rather than showing a correlation between weak IP and growth, it actually shows the opposite. The eight positives have been “cherry-picked”, claims Ford.

Ford also identifies the use of rankings as data, rather than the underlying data itself. The report also ignores a time-series and uses only averages and medians of the time-series. Elsewhere, there’s no adjustment for inflation or currency changes, which over 18 years are important. Ford explains:

Nowhere in the Lisbon Council’s report is there an economic model that explicitly links the elements of its copyright flexibility index to the economy.

In effect, the report merely assumes a relationship between flexibility and the economy.

Such a take on economic activity is, on its face, silly.

You can make your own minds up by seeing the index and the critique – here and here.